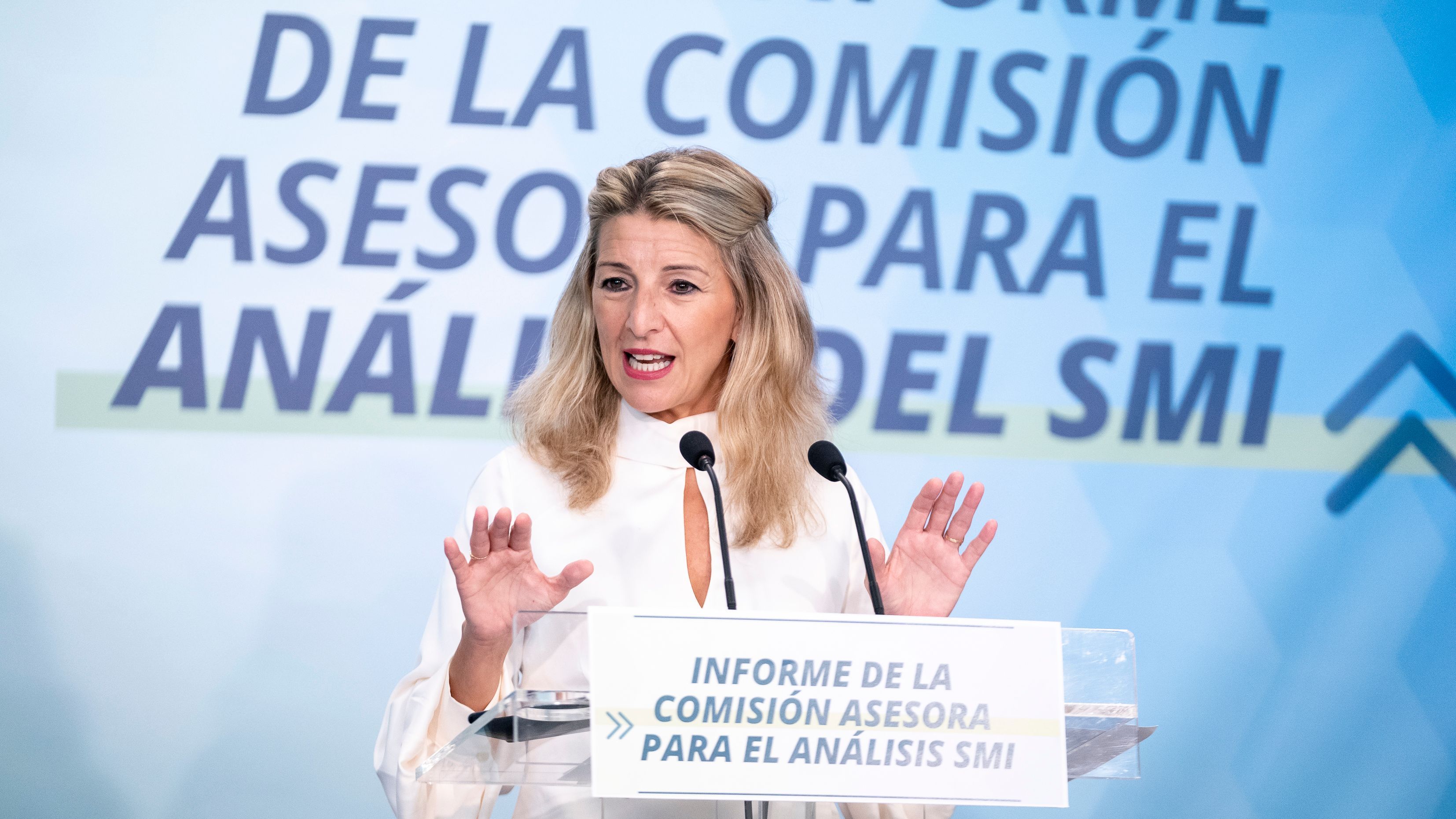 With seven days to go until the end of January, The Government still has not decided how much the interprofessional minimum wage (SMI) will rise this year. It will be the last increase of the legislature that started with an SMI at 735 euros per month and is on its way to close to 1,100 this year 2023. An accumulated increase of close to 50%.

If it were approved in the Council of Ministers this Tuesday, it would arrive in time to be collected on the payroll for the month of January. The unions urge the Executive to resolve this increase “immediately”. Otherwise, the people subject to the SMI would have to wait for the month of February to see their remuneration increased, which in any case, would take effect on January 1.

Since the decision only depends on the Executive, in part it would be logical to try to ensure that the improvement reached the workers as soon as possible. Last year until the end of February the rise of the SMI to the current 1,000 euros was not approved –again with retroactive effects–. However, inflation was not as serious a problem then as it is now for the economies of families with less income. Although the CPI moderated to 5.5% in December, the average increase that households have had to deal with in 2022 stood at 8.5% compared to the 3.1% average for 2021.

“The payrolls in the companies begin to close from the 25th of the month. Some hurry up to the 28th. If it is approved this Tuesday, we would be in time to be able to reflect the increase that is decreed in the January pay. Updating does not involve so much extra work since within a company only a low percentage of people are subject to the SMI,” explains a manager. “Otherwise, we would have to wait until February to make the payments.”

The positions of each

At the end of December, the Minister of Labor, Yolanda Díaz, decided that they wanted to give themselves a little more time to try to reach an agreement with the social agents. They also wanted to have more information on the price evolution data; check that they stopped their escalation in December. But the general CPI goes one way and food on the other: almost 16% more expensive than a year ago. And again, it hurts those with lower incomes more because they dedicate a greater percentage of their income to buying these goods. This increase in cost has forced the Government to take additional measures such as the elimination of VAT in the basic food basket from January 1st.

As Antonio Garamendi defended this Monday, the Government “forces” wages to rise, but “not all companies are doing well.” “Work should know what a company is”, answered the president of the CEOE when asked about the SMI.

In the ministry they are inclined to place the rise in the high range. “We are going to have a rise in the SMI and they know my vocation, it is the best and most effective measure to combat labor poverty, which substantially affects young people and women,” Yolanda Díaz stated upon arrival at an Ayuda en Acción act. Even so, it would not fully offset the average rise in prices in 2022but it would be more in line with the update of pensions, 8.5% that will also be effective in the payrolls of this month of January that begin to be collected this week.

Both unions and employers have recalled in recent weeks that their role is consultative and that all have already exposed their positions.

The unions deny that improving the SMI harms job creation, an argument that employers have clung to in recent negotiations. “That’s a mantra, a commonplace (…) The SMI has risen 41% since 2017 and we are at the moment in the history of Spain with the most Social Security contributors“, stressed this Monday the leader of the CCOO, Unai Sordo.

The only thing the government has to do is make the decision. It is entirely their power and the role of social agents, merely advisory. The average salary increase agreed in the collective agreements was around 2.8% last year. In the case of the SMI, we could be talking about a review three times higher, but the final figure has not yet been specified. It will be the last rise of the legislature. The goal set by the coalition government was: “We will raise the salary minimum interprofessional until progressively reaching the 60% of salary medium in Spain as recommended by the European Social Charter”.

Duck foie nougat? The most extravagant flavors you can find

Alignment of Barcelona against Betis in the Super Cup: Lewandowski returns

Iodine in pregnancy, why it is important and what are the risks if you exceed it

Germany facing the first winter without Russian gas: reserves at 85% and supply from Norway and the Netherlands | International
September 4, 2022

Germany facing the first winter without Russian gas: reserves at 85% and supply from Norway and the Netherlands | International

The struggle for power breaks out in Sri Lanka after the resignation of the president | International
July 15, 2022

Why are New York taxis yellow?

China calls for “dialogue” and “negotiation” in the face of Putin’s war escalation in Ukraine | International
September 21, 2022

Venezuela: The US says it does not recognize Maduro as president and that the release of prisoners is not an exchange for sanctions | International
March 10, 2022

Venezuela: The US says it does not recognize Maduro as president and that the release of prisoners is not an exchange for sanctions | International

Jordán Rodas: “The big businessmen think they are the owners of the farm, they have done a lot of damage to Guatemala” | International
August 5, 2022

Jordán Rodas: “The big businessmen think they are the owners of the farm, they have done a lot of damage to Guatemala” | International

Natalia Zaracho: “If everything doesn’t explode in Argentina, it’s because the social organizations are in the neighborhoods” | International
April 7, 2022

Natalia Zaracho: “If everything doesn’t explode in Argentina, it’s because the social organizations are in the neighborhoods” | International