The sinking of the Titanic has become much more than an account of one of the most famous catastrophes in the history of navigation. A shipwreck that revolutionized the big screen with the James Cameron film, in which a Barcelona fashion store he was indirectly part of its heated success by unknowingly supplying costumes and props to some of the actors aboard the liner, including Kate Winslet.

It is the case of‘Arkan iconic vintage fashion store in the Gothic Quarter that sold a large number of period pieces to a american antique dealer to make 1900 dresses. “He had already bought us a lot for Wild Wild West and other movies. But this time he told us that it was a very big thing and that he could not reveal it,” recalls Carmina, one of the owners together with her sister Nina about a “one-time” sale made by his mother, the founder of the business.

“He told us that they had never bought so much volume and for so much money. They took an entire drawer of trousseau, lace, lace, unfinished dresses and accessories such as manila shawls or corsets”. with the material that would appear in the Oscar-winning film.

“Two old ladies sold us the trousseau because they had given up hope of getting married. Among the garments there were dresses to go to high school“, indicates about a set of clothes that families exhibited, as a tradition, when they got married to show their degree of wealth, although in this case it never happened.

“We are dedicated to buying and selling old clothes. Whoever sells their clothes is because they care that we reuse the material. For them it has been part of their life“.

However, the surprise behind the peculiar sale came a year later, when the antiques dealer, who was searching all over Europe for ancient material to recreate 15 dresses, suggested that Carmina’s mother go see the ‘Titanic’ movie in 1997.”He took the two ladies to the movies that they had sold the trousseau and told them that these dresses that he sold them would appear on the big screen”, points out Carmina.

Between the dresses appearing in the film, Kate Winslet sports four of them. A black and red “mythical dance” dress, a corset, a yellow background dress with old lace and another white dress from 1910. But not only the renowned actress. “Many of the collars and breastplates of her companions are also ours. You can also see the contrast in the film between the wealthy classes and the people. Our clothes were rather all the rich part.” Despite the blockbuster of the film directed by James Cameron, exceeding one billion dollars at the box office, fame was gradual for the Catalan business. “At first we didn’t give it that much importance.. There is a part of the myth that has been made with the film”. Precisely, among many other achievements, the film won the Oscar for best costume design.

Now, 25 years after its immeasurable prestige, ‘Titanic’ will return to theaters on February 10 with a remastered version. “Talking about this topic again, for my mother is her great achievement in her career. That we can see the movie together again, with my daughter and that she can say that her grandmother sold part of the costumes is something that has left us. almost out of hand”, admits Carmina, who runs an establishment that is already known as “the Titanic store in Barcelona”. 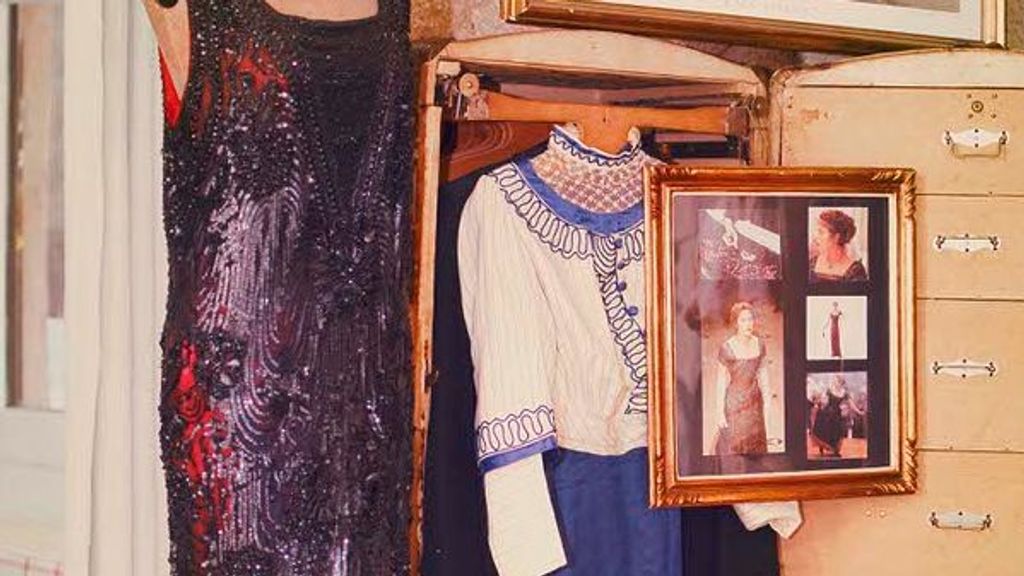 “People come from all over the world asking about it. Rose’s dress is sometimes removed, but we put it back because of the interest in it.” An attraction that the public turns into an experience by discovering a place that evokes a past timeglamor and delicacy.

“The store has an old medieval arch, everything recreated as if it were a boudoir, the house of a lady with antique furniture. People come through the door and it’s like she’s on the Titanic. It is an experience, a story. Sometimes they forget to buy,” jokes one of the owners.

An “excessive” interest in clothing that has crossed borders. “There are more and more historical recreations in the cinema, such as Los Bridgerton. There are many period films that are fueling interest in fashion and how they dressed in the time of empires. They are updating for the young audience, which is closely linked to fashion and I see that intention to remaster,” concludes Carmina. 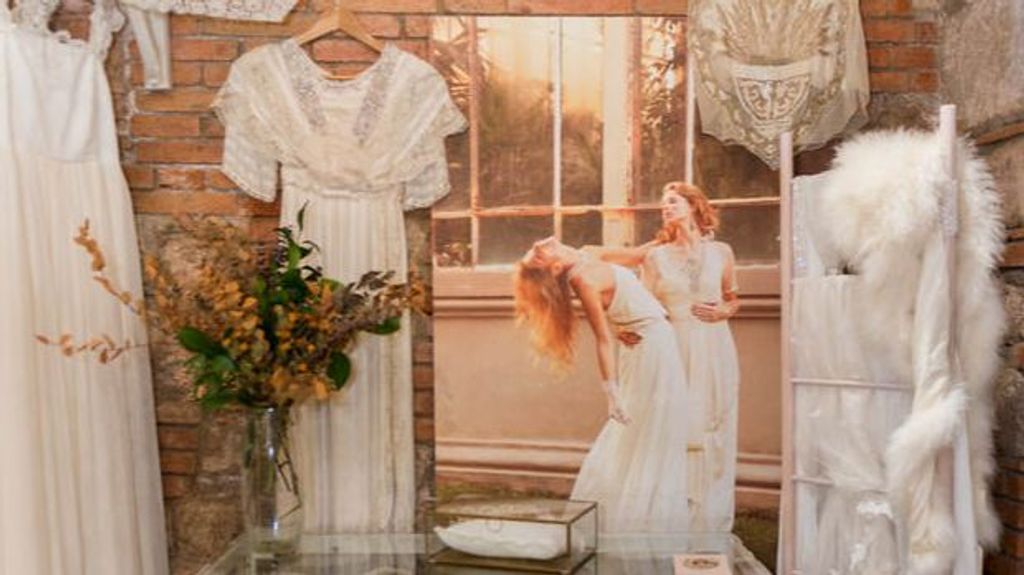 Dress that appears in the movie ‘Titanic’Joanna Noguera R.

In his case, l’Arca has also been part of the film ‘Perfume’, based on the novel of the same name by Patrick Süskind. “There is a very famous scene with Dustin Hoffman. They bought us 10 handkerchiefs because they had to repeat the sequence.” Also from the movie ‘Vicky Cristina Barcelona’written and directed by Woody Allen and starring Penélope Cruz, who wore his clothes.

“Many times what they come looking for is lace because then they apply it and put colors. They are in charge of incorporating reliable textile elements and figurines of the time within the scenery that suits them”, they settle from a store with vintage aesthetics.

The homemade hack to clean your car effortlessly: it will be shiny

Ribera calls on energy companies to adjust their margins | Economy

Arkansas opens an investigation into the brutal beating of a detainee by three police officers | International
August 22, 2022

Matteo Salvini: “If we govern, the NGO boats will not enter Italy” | International
September 17, 2022

Matteo Salvini: “If we govern, the NGO boats will not enter Italy” | International

part of the tribune of the Monumental de Chile collapses
September 30, 2022

part of the tribune of the Monumental de Chile collapses

United Kingdom: The English “summer of discontent” that Europe watches out of the corner of its eye | International
June 26, 2022

United Kingdom: The English “summer of discontent” that Europe watches out of the corner of its eye | International

The memory of World War II and Europe’s obligation to Ukraine | Opinion
May 7, 2022

“No evidence has been provided”