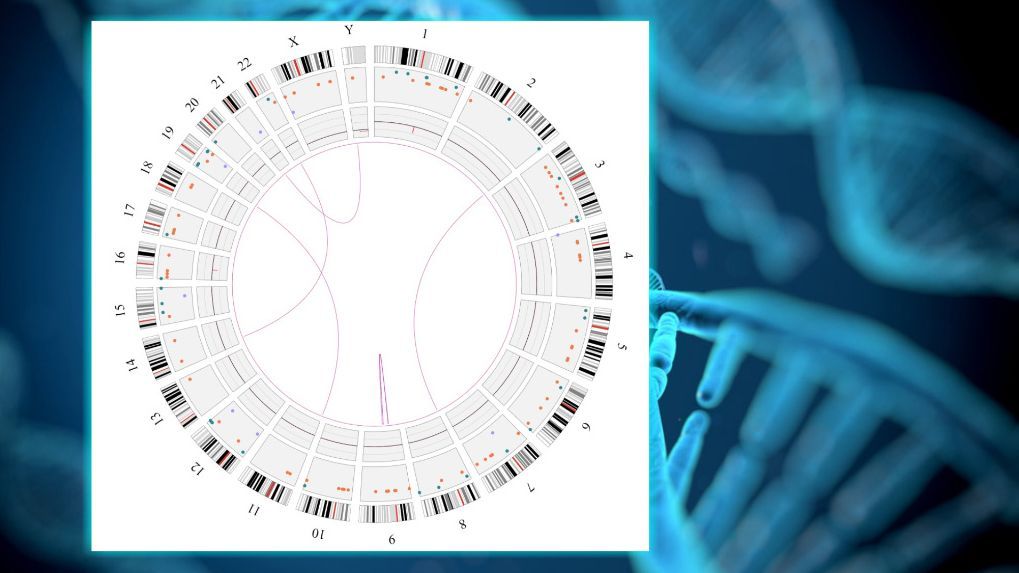 About 80% of childhood lymphoblastic leukemias are cured. But 20% of minors relapse, sometimes several times. And a high percentage of these leukemias that are not completely eliminated end up causing the death of children. The problem is – or rather, it was – that it is not known which leukemias have a poor prognosis until relapses begin to occur. Thanks to genome sequencing this was, and is no longer, a problem because a very recent technique makes it possible to predict which blood cancers in children will relapse. And knowing it means, in turn, that treatments can be changed, or directed specifically at that recurring tumor.

The technique is called optical mapping of the infant genome and it is only carried out, for the time being, in the laboratory of the Niño Jesús hospital in Madrid. Optical mapping is capable of replacing the three conventional cytogenetic techniques (which study the number and morphology of chromosomes): karyotype, FISH and CGH-Arrays. Each one detects different things, but in some cases it was necessary to go through all three, or a diagnosis was not found despite spending months performing the three techniques. The karyotype offers a global representation of the genome, but it is unable to determine small structural and numerical alterations. FISH is a technique aimed exclusively at known and limited alterations, while CGH-Arrays detects smaller alterations but is not capable of watch alterations that do not have loss of genetic material, or duplications. Now optical mapping teaches doctors, at a glance, the entire genome of the child, and highlights all the alterations.

Bárbara Fernández, a clinical analysis doctor at the cytogenetics laboratory at the Niño Jesús hospital in Madrid, explains that “the important thing is that this technique looks deeper into the genome. Not only does it combine the three traditional techniques, but it also offers a more detailed vision.” Her colleague Ana Gómez, a specialist in childhood leukemia, adds that she “provides information with more resolution, more detail and in less time.”

And time is very important. Because knowing, in a leukemia in which the child can relapse “on the fifteenth day of treatment we can already be generating a diagnosis and directed treatment. The goal is to increase the survival of that 20% of children who have leukemia in which they relapse over and over again. You know that he is going to relapse, and you know it from almost the first moment of his illness. Before we knew it when it relapsed and it was too late,” explains Gómez.

The technique, which began with the validation of the technique for the pathologies treated by the Niño Jesús hospital, began to be used in April 2021. It is based on the construction of an “optical map” of the entire genomic content of the patient’s cells , thanks to the fluorescent marking of the genome, and the analysis of the molecular images that are generated. This map is equivalent to a “fingerprint” or “bar code”, unique for each patient. It is compared with the reference human genome of a healthy population. Comparison of these fingerprints against the reference human genome makes it possible to identify individual cytogenetic alterations for each patient.

So far, samples from more than 100 patients have been analysed. In around 20 or 25% causes of their pathologies are being detected. They are all children, with names and surnames. As one, very striking, in which the optical mapping of its genome has made it possible to detect two anomalies, and to cross them: “This patient has an alteration on chromosome five, which involves a specific gene, which directly leads this patient to benefit from a treatment that is directed exclusively at this altered gene. And this treatment must be introduced in these patients to avoid its relapse. It would have been impossible before this technique”, says Ana Gómez proudly

Because in addition to detecting genetic alterations that predispose to relapsing to leukemia, this technique opens the door to diagnose diseases of rare calls. They are ailments whose prevalence is less than 5 cases per 10,000 people, and which usually take years to be detected. Having the genome of these children at a glance allows us to know where the cause of their symptoms lies. Gómez points out that this technique, although very expensive, reduces costs of carrying out three technologies, time and treatments that are sometimes applied in vain. “In ten days we can have the information that we previously needed three months to obtain“, summarizes the doctor.

Pallete defends his six years at the helm of Telefónica: “We are bigger than Netflix or Twitter” | Economy

ProVeg price study: Animal or plant-based products – which is cheaper?

Black Forest Nature GmbH: “We have a unique Velike! range – always with oats and 100% from the Black Forest and other regions in Baden-Württemberg”

Venezuelan forces carry out joint operations with the ELN guerrillas, according to HRW | International

War in Ukraine: Death and loneliness in Irpin, the city that stopped the Russian advance | International
April 3, 2022

War in Ukraine: Death and loneliness in Irpin, the city that stopped the Russian advance | International

Carlos III, a lifetime to be king | International
September 8, 2022

Carlos III, a lifetime to be king | International

Shireen Abu Akleh: The US investigation into the death of the Palestinian journalist is falsely closed due to the poor condition of the bullet | International
July 4, 2022

Shireen Abu Akleh: The US investigation into the death of the Palestinian journalist is falsely closed due to the poor condition of the bullet | International

Ukraine responds to Putin’s warmongering speech with a glimmer of normality in the heart of kyiv | International
May 10, 2022

Denis Kataev, journalist: “I am ashamed to be Russian at this moment” | International
July 6, 2022

Denis Kataev, journalist: “I am ashamed to be Russian at this moment” | International

Russia closes the siege around Kiev and intensifies attacks | International

Brussels asks to freeze 7,500 million in funds to Hungary for corruption | International
September 18, 2022

Brussels asks to freeze 7,500 million in funds to Hungary for corruption | International

Israel: Lapid vindicates himself from power against Netanyahu | International
July 2, 2022

Israel: Lapid vindicates himself from power against Netanyahu | International