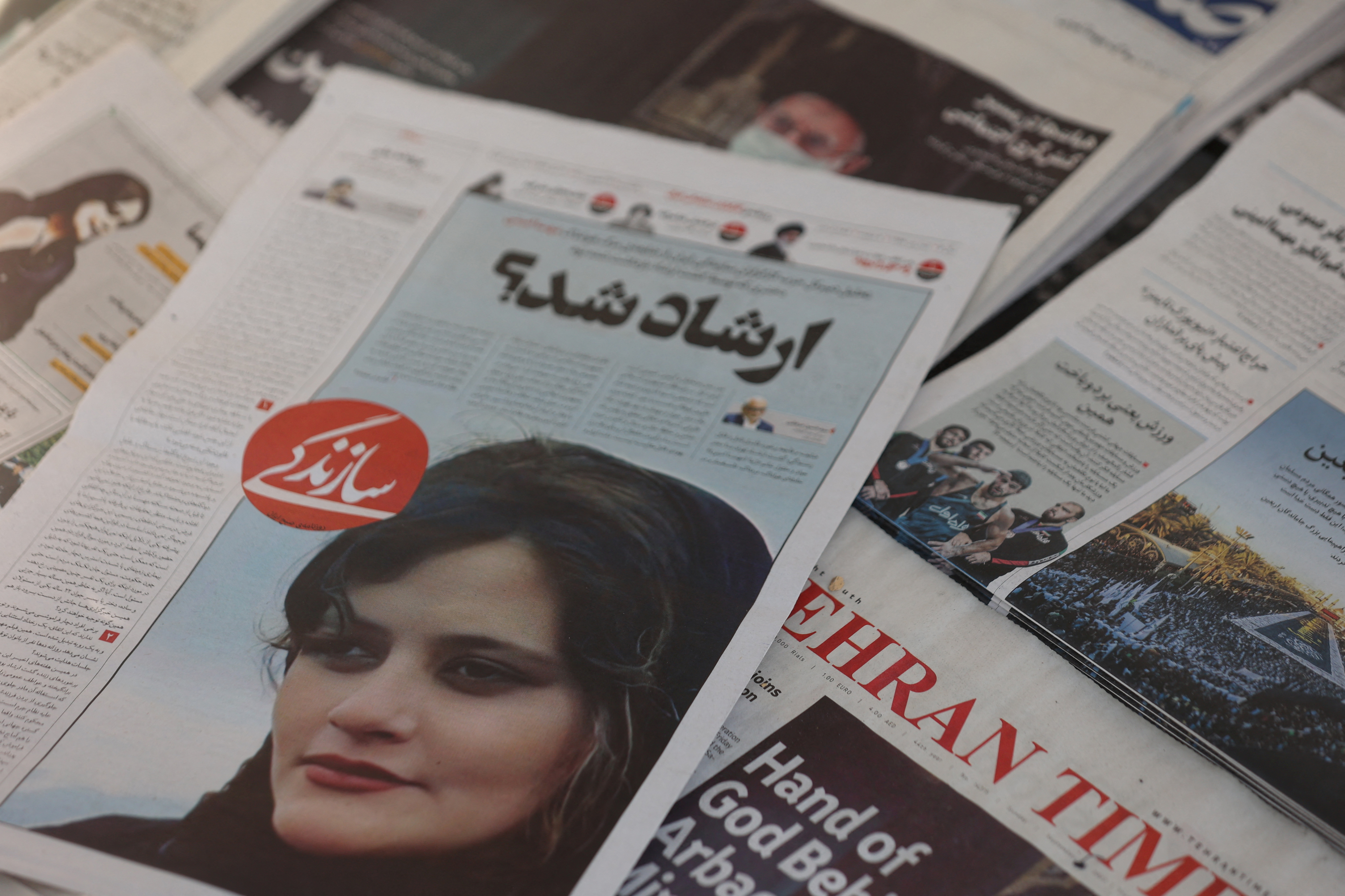 The death last Friday in police custody of Mahsa Amini, a 22-year-old girl who had been arrested for not wearing her hijab or Islamic veil, has unleashed a wave of protests in Iran, which this Sunday spread from Iranian Kurdistan, where the young woman was from, to Tehran. Hundreds of protesters gathered around the university in the capital chanting the slogan “Woman, life and freedom”, according to videos broadcast on social networks cited by the Reuters agency.

On Saturday, Amini’s funeral in the town of Aychi, in the Kurdish region of Saqez – some 575 kilometers west of Tehran – led to a protest demonstration in which dozens of women took off their veils and showed their hair, conduct punishable in Iran. Other women are using the photo of the young woman as their profile image on their social networks, while some Iranian women have posted videos online in which they cut their hair in protest at Amini’s death.

The protest rally during the woman’s funeral on Saturday was broken up by police using tear gas. According to the Kurdish human rights group Hengaw, 33 people were injured during this protest. A video of the police action posted on the internet shows a man apparently injured in the head.

That same day, demonstrations took place in the capital of Iranian Kurdistan, Sanandaj, in which attendees shouted slogans such as “Death to the dictator!” or “Death to Khamenei!”, in reference to the supreme leader of the Islamic Republic, Ayatollah Ali Khamenei, according to the Saudi television network Al Arabiya. Also on Saturday, a campaign denouncing the death of the young woman on social networks reached 1.6 million mentions of the hashtags #MahsaAmini on Twitter.

Judging by photos on social media, Mahsa Amini wore the hijab —mandatory in Iran according to an unwritten law— a little loose, so that some strands of hair peeked out of the garment, as many of her contemporaries do in the country. The young woman was arrested on Friday by the Moral Police in Tehran for not wearing the garment properly, while she was on the street with her brother.

Amini was then taken to a Moral Police headquarters for a “re-education class”, but, after waiting two hours in front of the police station, her brother discovered that the young woman had been transferred in a coma by ambulance to a hospital in the Iranian capital. At that time, he and other witnesses could hear screams and several women who left the scene said that “someone had been killed.”

The woman was admitted to the hospital “without vital signs,” the health institution later specified. The police version is that the young woman was previously ill and that she suffered a heart attack while waiting with other female detainees, a claim refuted by Amini’s family, who maintain that she was in good health.

“The authorities have said that my daughter was chronically ill. I personally deny such claims as my daughter was fit and had no health problems,” Amini’s father told the reformist news website emty this Sunday.

The Moral Police has released images from security cameras supposedly from the moment the woman entered the police station, according to the semi-official IRNA agency, in which a young woman with a complexion similar to Amini’s is seen. With these images, this police force tries to silence the accusations on social networks that the woman suffered a beating while she was at the police station that could have caused her death.

According to the Iranian interpretation of the sharia or Islamic law, women are required to fully cover their hair and wear long, loose clothing. Offenders face public reprimands, fines and arrests, but in recent years women’s rights activists have urged Iranian women to remove their veils, with scores of young women posting images and videos on social media such as Facebook bare head or dancing in the street, another act punishable by law.

“For a woman to die after being arrested for how she was dressed is proof of unacceptable depravity. A transparent investigation is absolutely necessary, that those responsible for Mahsa’s death are properly held accountable and that the family receives reparation,” Human Rights Watch said in a statement. According to the official Iranian agency FARS, the country’s president, Ebrahim Raisi, has ordered a “thorough and urgent” investigation of what happened.

GKA Freestyle: One step closer to parity in kitesurfing | International

Last minute of the war today, live | Ukraine claims it has destroyed 10 Russian warplanes in the last day | International

Giuseppe Conte: “Italy has already sent many weapons to Ukraine. It is the moment of diplomacy” | International

In Italy the situation is serious but it is not serious | Opinion
July 16, 2022

The Russian couple fleeing the war in Ukraine: “We are ashamed of our passport” | International
March 12, 2022

The Russian couple fleeing the war in Ukraine: “We are ashamed of our passport” | International

Alert in Jerusalem before the march of thousands of Israeli radicals through the Arab neighborhood | International
May 29, 2022

Élisabeth Borne: The French Prime Minister asks for “commitments” from the parliamentary opposition to carry out the reforms | International
July 6, 2022

Élisabeth Borne: The French Prime Minister asks for “commitments” from the parliamentary opposition to carry out the reforms | International

All the Movistar+ series premieres in October
October 6, 2022

All the Movistar+ series premieres in October

Russia expands the plot on the murder of Daria Dugina and blames another Ukrainian | International
August 29, 2022

What is the difference between flour and starch?
October 8, 2022

What is the difference between flour and starch?

Roberto Méndez: “In Chile, a conflict is waged between generations rather than between left and right”
August 6, 2022

Roberto Méndez: “In Chile, a conflict is waged between generations rather than between left and right”

The most autumnal and beautiful print!
October 8, 2022

The most autumnal and beautiful print!