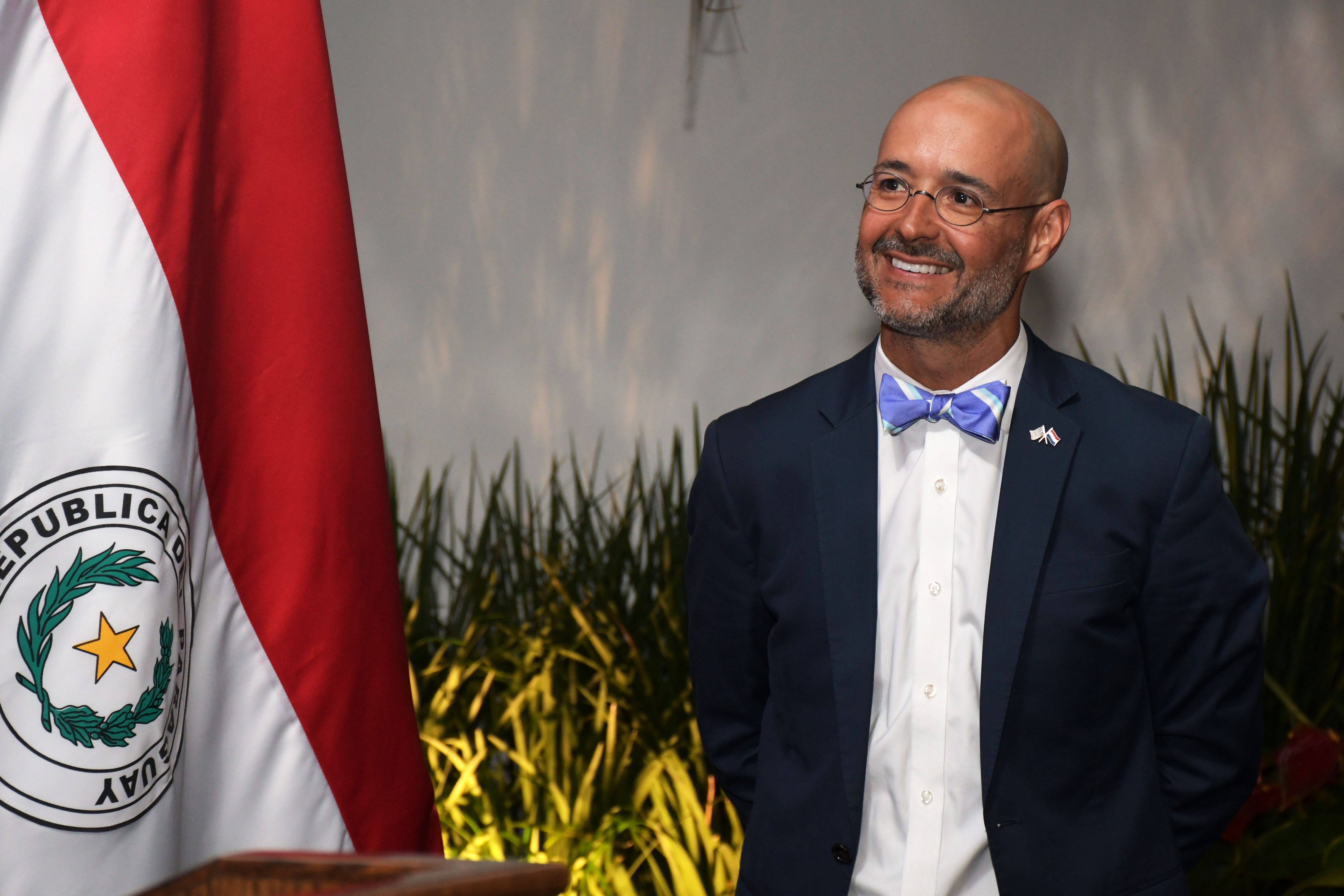 The regime of Daniel Ortega and Rosario Murillo has raised its pulse against the United States to the maximum by rejecting this Thursday the new ambassador appointed by Washington, Hugo Rodríguez, to occupy the US legation in Managua. A few hours after the diplomat was ratified by the Senate, Nicaraguan Foreign Minister Denis Moncada read a statement on national television through which they canceled the “approval” to the representative of the Joe Biden government.

Foreign Minister Moncada said that Rodríguez was rejected for having made “interfering and disrespectful” statements against the country, “ignoring the principles of international law” during the ratification ceremony in the Senate this Thursday. Rodríguez, who would replace the current Washington ambassador in Managua, Kevin Sullivan, criticized the repression that the Central American country is experiencing.

“The United States has spoken out against these abuses and, if confirmed, I will continue to do so, not because we intend to determine the internal affairs of Nicaragua, but because it is our commitment under the Inter-American Charter, which both the United States and Nicaragua signed in 2001″, Rodríguez expressed. “As President Biden has declared, the Inter-American Democratic Charter obliges the hemisphere to defend the democratic rights of the Nicaraguan people.”

The cancellation of the “approval” opens another thorny chapter between the Ortega-Murillos and the United States, when disagreements abound in the already troubled relationship: almost three months ago, according to The New York Times, Laureno Ortega Murillo, son of the presidential couple, quietly sought a rapprochement with Washington to “relieve the sanctions” imposed on his family environment. However, everything ran aground because the Sandinista regime categorically rejected one of the conditions of the United States to sit down to talk: the release of all political prisoners in Nicaragua.

This July 19, during the commemoration of the 43rd anniversary of the Sandinista revolution, Ortega himself ruled out his intention not to dialogue in any way with Washington, arguing that the negotiations “are to put a noose around one’s neck, or that oneself put the rope around his neck.” On July 20, the United States responded by including 23 Ortega judges and prosecutors on the Engel List, sanctioned for convicting political prisoners.

On the same day, the Biden government also announced the exclusion of Nicaragua from the annual sugar import quota agreed with the World Trade Organization (WTO). On the other hand, the Treasury Department’s Office of Foreign Assets Control (OFAC) sanctioned the Nicaraguan Mining Company (Eniminas) and the president of its board of directors, Ruy López Delgado, on June 17. The sanction represented a severe blow for the export of gold, one of the main items that generate the highest income for Nicaragua. That OFAC sanction was preceded by the cancellation of 93 visas for Sandinista officials.

The statements that caused the rejection

The statements that caused the rejection of the Ortega-Murillo family to Rodríguez’s nomination were consistent with Washington’s policy towards Managua in recent years: the condemnation of human rights violations and the consolidation of a single-party model that squandered democracy.

The nominated diplomat recalled that, in 1952, his father left the Dominican Republic, fleeing a dictatorship that left the average Dominican with no room for freedom and no hope of achieving his dreams. Rodríguez compared this scenario to the one Nicaraguans are experiencing after last November the dictatorship secured its fourth consecutive term in elections without competition and with the main opposition leaders in jail.

Rodríguez highlighted in his speech a sensitive issue for his Administration: the growing migration of Nicaraguans to the United States. The United Nations Refugee Agency (UNHCR) reported that in 2021, 111,600 new asylum applications from Nicaraguans were registered, a figure only surpassed by citizens of Afghanistan.

Washington has not yet ruled on Ortega’s rejection and has not yet made a decision on its next steps, that is, whether to propose a new ambassador or maintain Rodríguez’s nomination. “As a result of the growing climate of repression, fear and hopelessness, coupled with the failure of the Ortega-Murillo government to attend to people’s basic needs, hundreds of thousands of Nicaraguans are now refugees, asylum seekers and migrants throughout the region. ”, said the diplomat before the Senate. “The Government of Nicaragua has also closed civic space at an alarming rate, closing more than 700 associations, universities, foundations, and other nonprofit organizations in 2022 alone, and more than 800 since 2018.”

War in Ukraine: Abramovich and two Ukrainian negotiators suffer from a strange intoxication after meeting with Zelensky | International
March 28, 2022

War in Ukraine: Abramovich and two Ukrainian negotiators suffer from a strange intoxication after meeting with Zelensky | International

The election of Luís Montenegro as the new leader of the Portuguese conservatives closes the moderate stage of Rui Rio | International
May 29, 2022

A Divalterra witness reveals that high officials said they were “friends” of Puig and Oltra
October 11, 2022

Ukraine: No food, medicine or supplies: the horror story of Azovstal survivors | International
May 4, 2022

Ukraine: No food, medicine or supplies: the horror story of Azovstal survivors | International

Colombia Elections 2022: Petro on Piedad Córdoba: “Incomprehensible that such imprudence is committed” | Presidential Elections Colombia
May 27, 2022

guests and contestants from September 28 to 30