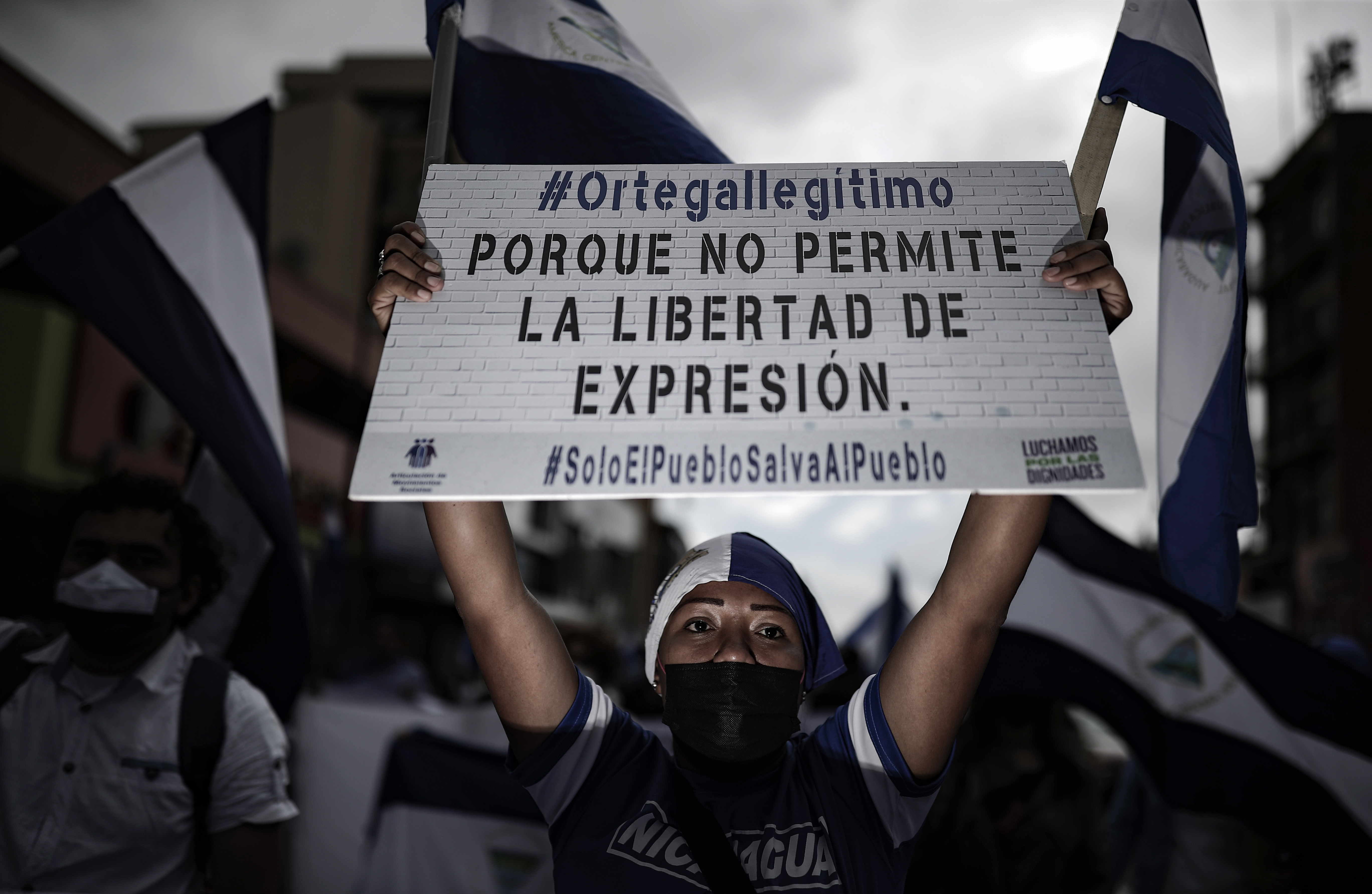 The political crisis affecting Nicaragua hits its population. A UNHCR report published in mid-June reveals that Nicaraguans made the most asylum requests in 2021, only surpassed by Afghans after the return of the Taliban to power. The report realizes that more than 111,000 Nicaraguans applied for asylum last year, a figure five times higher than that registered in 2020, and that, according to the agency, is related to the political deterioration in the Central American nation, governed with an iron hand by the former guerrilla Sandinista Daniel Ortega. Costa Rica is the main host country for the ‘Nica’ diaspora, due to its proximity, historical relationship, and political and economic stability.

The statistics of the United Nations agency show that last year there were 125,600 requests for asylum from Afghans, followed by Nicaraguans, with 111,600 requests, which represents a figure five times higher than that of 2020. And in third place are the Syrians. , with 110,000 applications. “Nicaraguan people fled due to the escalation of the sociopolitical crisis and political persecution in their country,” says the agency in the report that analyzes global trends in forced displacement over the past year. According to UNHCR, almost 84 million people were forced to leave their countries of origin around the world, “as a result of persecution, conflict, violence, human rights violations or events that seriously disturbed public order.”

The increase in the departure of Nicaraguans from the country coincides with the increase in the repression unleashed by the Ortega regime against critical voices. Last year was especially difficult for the dissidents, because Ortega ordered the jailing of the seven opposition candidates with the greatest chance of facing the caudillo in the November elections —of which he was proclaimed the winner, despite the fact that they were rejected by the community. international—in addition to imprisoning dozens of critics. Among the detainees are former Sandinista guerrillas, old friends of Ortega in the fight against the dictatorship of the Somoza family, which ruled Nicaragua for 47 years. Also political analysts, feminists, social activists and even businessmen. That is why the imposition of a police state, the harassment of anyone who expresses criticism, the siege against the independent press and even the persecution of religious groups, as happened a week ago with the expulsion from the country of the Missionaries of Charity, an organization created in 1988 after a visit to Nicaragua by Mother Teresa of Calcutta.

“The fact that the asylum requests of Nicaraguans in 2021 are second in number to those of citizens of Afghanistan, a failed state, where there was a massive flight of people as a result of the withdrawal of US troops, indicates a very complicated situation in Nicaragua and has a very strong correlation with the repressive escalation that Ortega unleashed prior to the elections,” says Tiziano Breda, analyst for Central America at the Crisis Group, an organization focused on conflict resolution. “In 2021 there was a very evident deterioration in the situation in Nicaragua and since then there has been a massive flight from Nicaragua, which translates into an increase in requests not only in Costa Rica, but also in Mexico, the United States and even Spain. ”, adds the expert.

The UNHCR report also reveals that “large increases” in asylum requests were recorded in Germany, Mexico, the Democratic Republic of the Congo and Costa Rica last year. The latter country is the recipient of the Nicaraguan diaspora and according to the UN body, some 102,000 settled in its territory in 2021, which represents a great challenge for the authorities of the new president Rodrigo Chaves. Nicaraguans, according to UNHCR, “feel safe” in the neighboring country.

Of “engagement” and other demons

Iranian women in exile ask for international support: “If no one helps us, they will kill us before the silence of the world” | International

Assault on the Capitol: Liars | Opinion

Elections in France: Video Analysis | Strong and weak points of Macron and Le Pen before the decisive electoral debate | Videos

The commercial opening with Colombia, a bitter joy among the Venezuelan business community | International
September 21, 2022

The commercial opening with Colombia, a bitter joy among the Venezuelan business community | International

Chile investigates the origin of a gigantic sinkhole that appeared in a mining area
August 5, 2022

Peru: A judge orders two and a half years of preventive detention for Pedro Castillo’s sister-in-law | International
August 29, 2022

Peru: A judge orders two and a half years of preventive detention for Pedro Castillo’s sister-in-law | International

Putin affirms that the entry of Finland and Sweden into NATO does not pose an “immediate threat” to Russia | International
May 16, 2022

Sweden believes that joining NATO would reduce the risk of conflict in Northern Europe | International
May 13, 2022