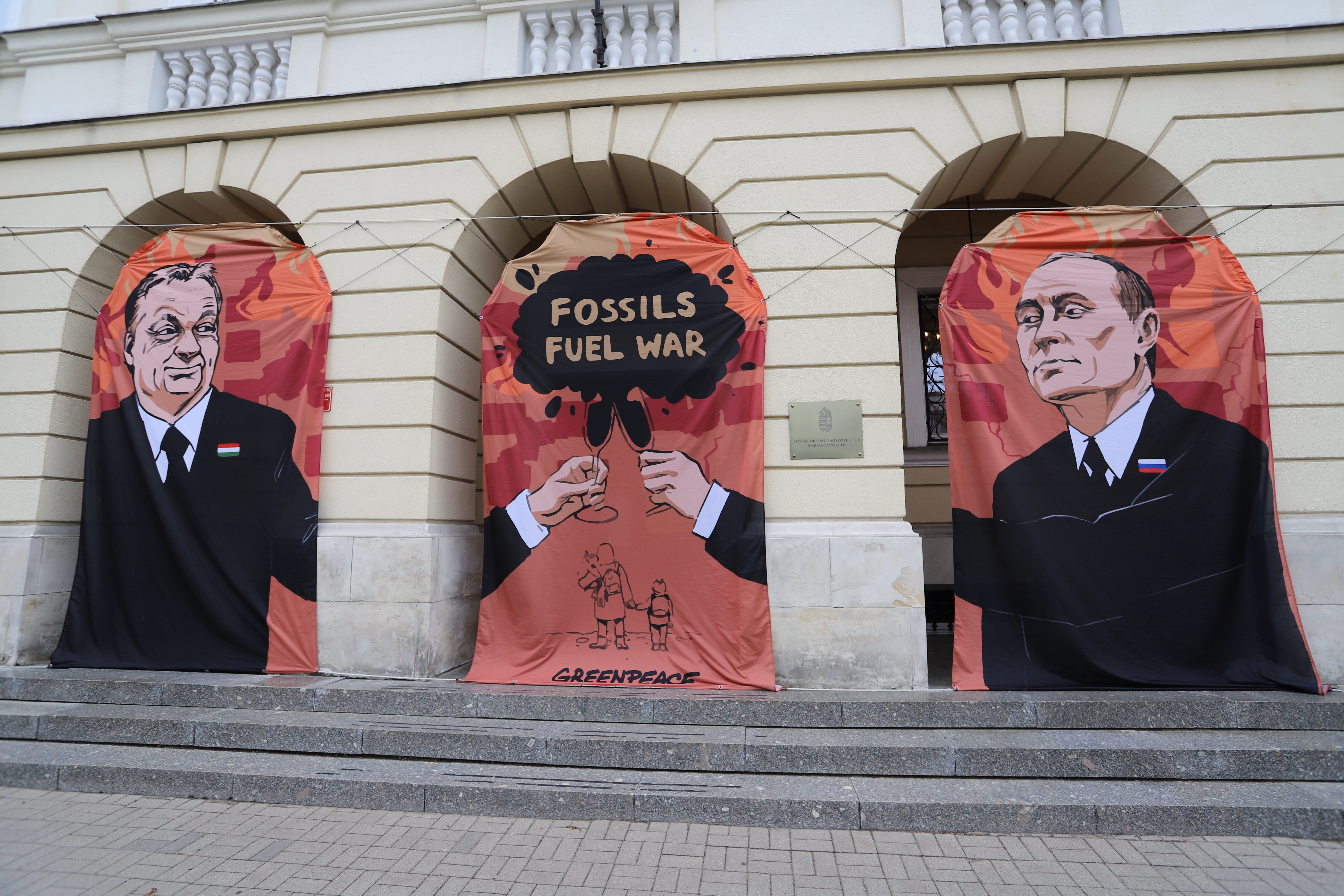 The European Union has given up approving a complete embargo on Russian oil and opts to limit it to product imported by ship, a decision that would allow countries such as Hungary to maintain supplies through pipelines. Brussels trusts that this option will allow the approval of the sixth round of sanctions against Moscow. But at the moment the lack of agreement plans on the extraordinary European summit that is being held this Monday and Tuesday in the community capital. The Twenty-seven will try to maintain the unity forged in response to the Russian invasion of Ukraine, but the cracks are becoming more evident and affect not only the sanctions, but also the general position of the EU in the conflict. The group is divided between those in favor of encouraging peace negotiations, even at the cost of compromising with Russian President Vladimir Putin, and those in favor of maintaining an inflexible position against the Kremlin.

Pre-summit meetings to seek an agreement on sanctions resumed on Sunday, but without success. Hungary maintains the sanctions blockade, invoking its enormous dependence on Russian oil. Along the same line are Slovakia and the Czech Republic. The contacts will continue this Monday morning, with the hope of advancing before the start of the meeting of the 27 European leaders, scheduled for three in the afternoon.

Community sources indicate that the proposal to overcome the objections of Budapest and its allies aims to “distinguish between the prohibition of importing Russian oil by ship, which would be in force at the end of the year, and a temporary exemption for oil that arrives through the pipeline Druzhba”.

Differentiation in the supply route would exempt de facto Hungary, Slovakia and the Czech Republic from applying sanctions which, according to the governments of those countries, would cause a serious economic and social crisis on their territory. The exemption of the pipelines was defended weeks ago by the foreign policy department, led by the EU’s High Representative for Foreign Policy, Josep Borrell. But it was not accepted for interpreting that it could question the unity of the Twenty-seven. After a month of stagnation, that unity is already in question and now a solution is being sought that, at least, allows it to start hitting Russian oil exports, one of the main ways of financing the Putin regime.

The embargo on imports by ship would make it possible to cancel almost two thirds of the supply of Russian crude to the EU. Eurostat data show that Hungary, Slovakia and the Czech Republic accounted for 15% of total European imports of Russian oil in 2021, so 85% could fall victim to sanctions. But, according to diplomatic sources, Germany and Poland have also been willing to take advantage of the pipeline exception, so the impact on Russian finances would be less.

Community sources trust that the European summit will clear the stumbling block and the sanctions will be formally approved at the end of this week. The fear of some community partners that Hungary and the countries exempted from the sanctions take advantage of their imports by pipeline to re-export Russian oil remains to be resolved. “This shows how complicated this exercise is becoming,” say sources from the negotiation.

The haggling to approve the sixth round of sanctions has, in fact, become the epitome of the difficulties that European unity is going through after more than 90 days of war in Ukraine and ever-increasing repercussions on the community population, affected by a spike in energy prices and rampant inflation.

This week’s European summit had been convened as the meeting called to reaffirm the geostrategic role of the EU in a world scenario dominated by the rivalry of the United States and China and in which the great powers settle their differences on the European soil of Ukraine . The meeting this Monday and Tuesday seems doomed, instead, to bring to light the hesitation of many community partners and the increasingly visible discrepancies between the different capitals. “It seems that geostrategic Europe is not as close as we thought,” sighs a senior community official.

The difficulties stem in part from the success and forcefulness of the EU’s first responses to the Kremlin war. In a very short time, the Twenty-seven covered a journey full of historical milestones, such as the financing of weapons to help the Ukrainian army, the freezing of Russian assets worth more than 30,000 million euros or the unlimited opening of its borders to Ukrainian refugees. .

The following steps already touch on very sensitive areas of national sovereignty, whether in political, legal or economic terms. The European Commission has proposed to confiscate frozen Russian assets in certain cases, a decision that in countries like Germany even raises constitutional questions. The progressive energy embargo now threatens the economy of some Central European countries, but in the following rounds of sanctions, with gas in the spotlight, it would be two giants like Germany and Italy that would be in danger. The fear of causing a recession in the entire euro zone is increasing by the moment.

Political unity is also breaking down, with several countries reluctant to continue supporting the military path as the only way to end the conflict. The Italian government of Mario Draghi leads those in favor of seeking a ceasefire as soon as possible that allows peace talks to begin between the Ukrainian president, Volodímir Zelenski, and the Russian, Vladimir Putin. Contacts with the Russian president have multiplied in the last week. And in addition to Draghi, both the French president, Emmanuel Macron, as well as the German chancellor, Olaf Scholz, and the Austrian chancellor, Karl Nehammer, have telephoned the Russian leader, to the outrage of Poland and the Baltic countries.

Paul Reichler: “He is no longer the Daniel Ortega whom I respected so much”: an important adviser to the Government of Nicaragua resigns | International

Salomón López Smith: Vicious against the Mayagnas in Nicaragua: another indigenous activist murdered in an atrocious way | International

The importance of recovering emotional ties with our neighbors, according to Sonia Alonso

Two Hellfire missiles aimed at a balcony in the center of Kabul: this is how the US has killed Ayman al-Zawahiri | International
August 3, 2022

Two Hellfire missiles aimed at a balcony in the center of Kabul: this is how the US has killed Ayman al-Zawahiri | International

Mosvká: Russia suffers another military setback with the explosion of the flagship of its fleet in the Black Sea | International
April 14, 2022

Mosvká: Russia suffers another military setback with the explosion of the flagship of its fleet in the Black Sea | International

Two police officers warn in a book about how “we are losing the war”
October 4, 2022

Bachelet avoids delving into the repression of the Uyghurs in Xinjiang at the end of her visit to China | International
May 28, 2022

Argentina censuses its Afro-descendant community for the first time
May 18, 2022

Argentina censuses its Afro-descendant community for the first time

Video | The images, the anecdotes and the gestures at the gala dinner offered by the King and Queen | on video
June 29, 2022

Video | The images, the anecdotes and the gestures at the gala dinner offered by the King and Queen | on video

his best race, the best teammate, his most spectacular start…
October 7, 2022

his best race, the best teammate, his most spectacular start…