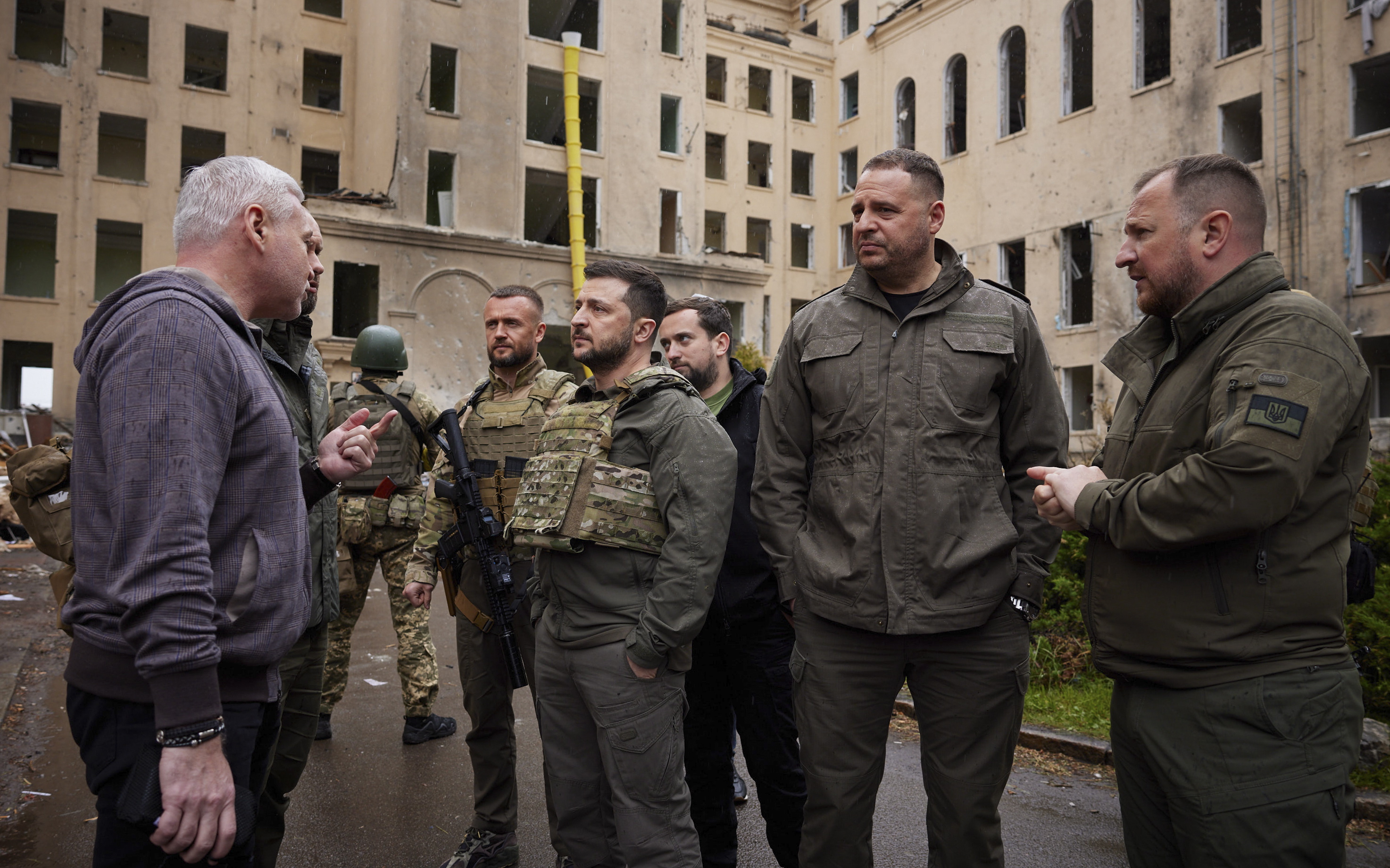 For the first time in 95 days of war, the president of Ukraine, Volodymyr Zelensky, has traveled to the east of the country. The president has visited different points in Kharkov, the country’s second largest city and where the local Army has managed to displace the Russian enemy in recent weeks. Meanwhile, further south, the fighting continues in the Donbas area. Kremlin troops continue to besiege and try to encircle Severodonetsk, the main city in the Luhansk region that still remains under Ukrainian authority.

In a speech on Saturday night, the president denounced that the situation in Donbas is “indescribably difficult”, but that points such as Severodonetsk and neighboring Lisichansk are still under control. In that area, as the president himself acknowledged last week, they are suffering between 50 and 100 military casualties every day.

Zelensky has held an act in Kharkov with soldiers to whom he has expressed his “pride without limits”, has observed the destruction, both in the urban area and in the surroundings, and has held a meeting with local authorities, according to the images broadcast by your communication team through the Telegram social network.

The second city of the country, just 35 kilometers from the border with Russia, is experiencing days of a certain calm after having been one of the most violent scenes of the conflict since the beginning of the war. The Russian troops have moved away, but the bombardments still hit the city, although with less intensity. This has happened shortly after Zelenski’s visit concluded, according to some reporters who are in the area.

The president’s visit has occurred without prior notice and without summoning the media that these days cover the conflict in that city. Until now, Zelenski had not left the capital, kyiv, except for occasional visits to some surrounding towns once they were liberated from Russian occupation. In Kharkov, the president protected himself with a camouflage bulletproof vest, was surrounded by armed soldiers and collaborators and dressed in the khaki color, usual for him since the invasion of the country by Kremlin troops began on February 24.

Since the beginning of the war, Kharkov has been one of the cities in which the fighting and bombing have been most intense. Despite this, the Russian Army has not managed to take control of this square, totally in the hands of Ukrainian troops for a few weeks, although Russia continues to launch some attacks from a distance.

The most intense fighting is taking place these days in the Donbas area, in the Donetsk and Luhansk regions. There, the invading forces have gained ground in recent days, occupying the town of Liman (in Donetsk), on their way to the city of Kramatorsk, and keeping Severodonetsk (in Lugansk) almost surrounded. The fighting is of such intensity that “it is not possible to take stock of the casualties suffered in the last few hours,” acknowledges the governor, Sergei Gaidai.

The Russians have made a stronghold in a local hotel, but “they cannot advance further into the city and are taking casualties, but we cannot at this time expel them from the hotel,” Gaidai said on Telegram, Reuters reports. The Ukrainians are also suffering casualties both among the uniformed and among the civilian population, according to a report by the Institute for the Study of War in Washington cited by that same agency.

Credit Suisse offers to repurchase debt worth about 3,000 million

War in Ukraine: The last of Mariupol: the epic of resistance also has a military meaning | International
April 20, 2022

War in Ukraine: The last of Mariupol: the epic of resistance also has a military meaning | International

Sánchez’s blow to the protocol left the Jemad, the Minister of Defense, Ayuso and Almeida without a greeting
October 12, 2022

Sánchez’s blow to the protocol left the Jemad, the Minister of Defense, Ayuso and Almeida without a greeting

Pere Aragonés is removed from the acts of the 5th anniversary of 1-O for fear of radicals
October 1, 2022

Trump promises an “epic” rally as he enters the election campaign this Saturday | International
September 3, 2022