Animals, which are a part of natural life, are one of the most beautiful creatures. But have you ever heard of the smartest animals competing with humans on IQ tests? In our news, we have compiled the 10 most intelligent animals that compete with humans in IQ tests…

It is not in vain that a dog is called a human friend. He can learn to count, understand several hundred words and gestures, and practice basic math. With proper training, of course. Experts have announced the 10 most intelligent animals other than dogs. Here Are The 10 Smartest Animals That Compete With Humans On IQ Tests… 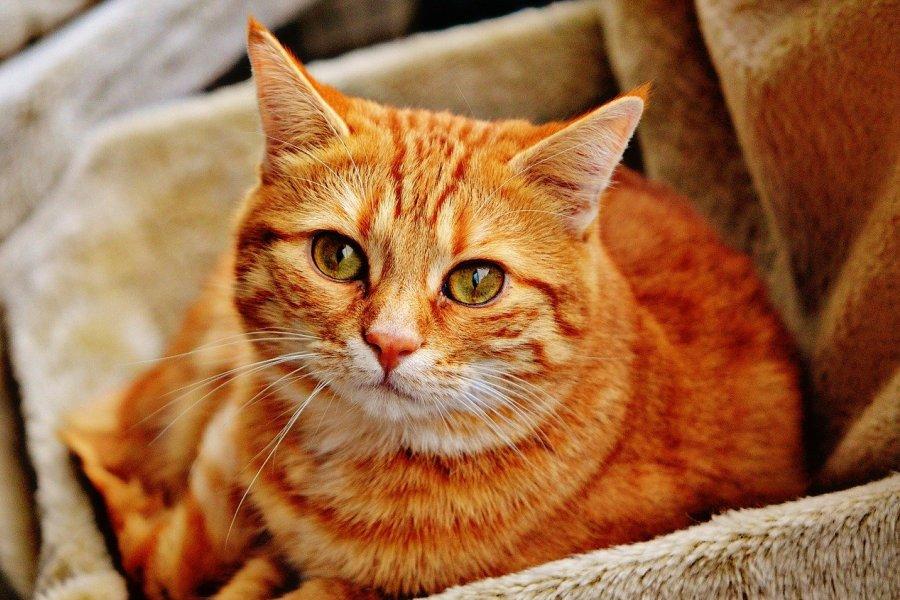 Domestic cats have their own language. They have a well developed memory. Even better than dogs. They are good at recognizing the intonation of the human voice. Thanks to their facial expressions and looks, they can easily express their feelings and desires, which are not very common in the animal world. 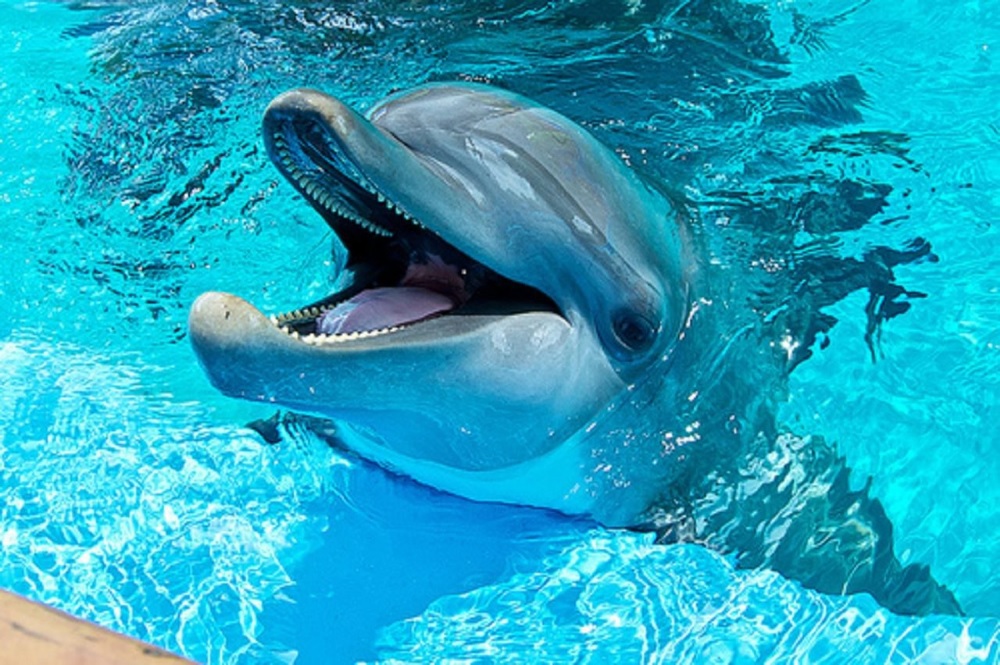 Each dolphin has a name among its relatives to which it responds. Dolphins also have a unique feature. They never sleep. The right and left hemispheres are alternately awake and asleep. 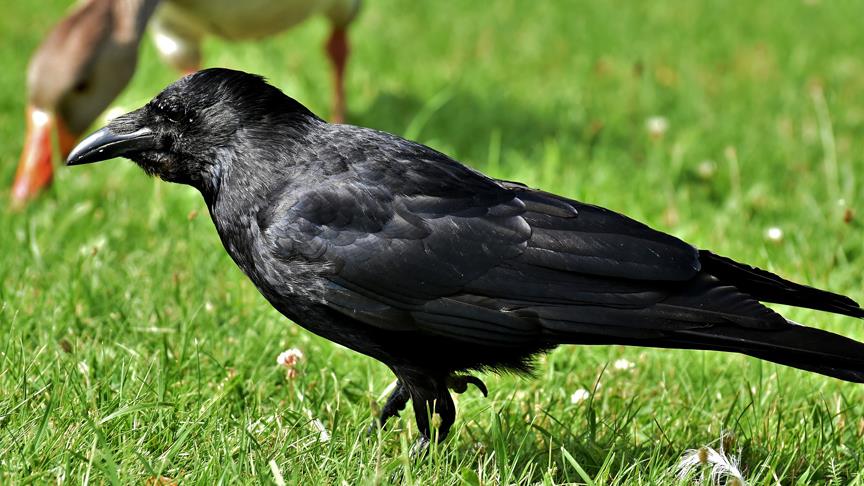 Crows are self-aware and perfectly recognize their reflection in the mirror. They know how to make and use tools. For example, crows use sticks to throw apples from the tree. They can also perfectly distinguish the volume, weight and material from which the object is made. 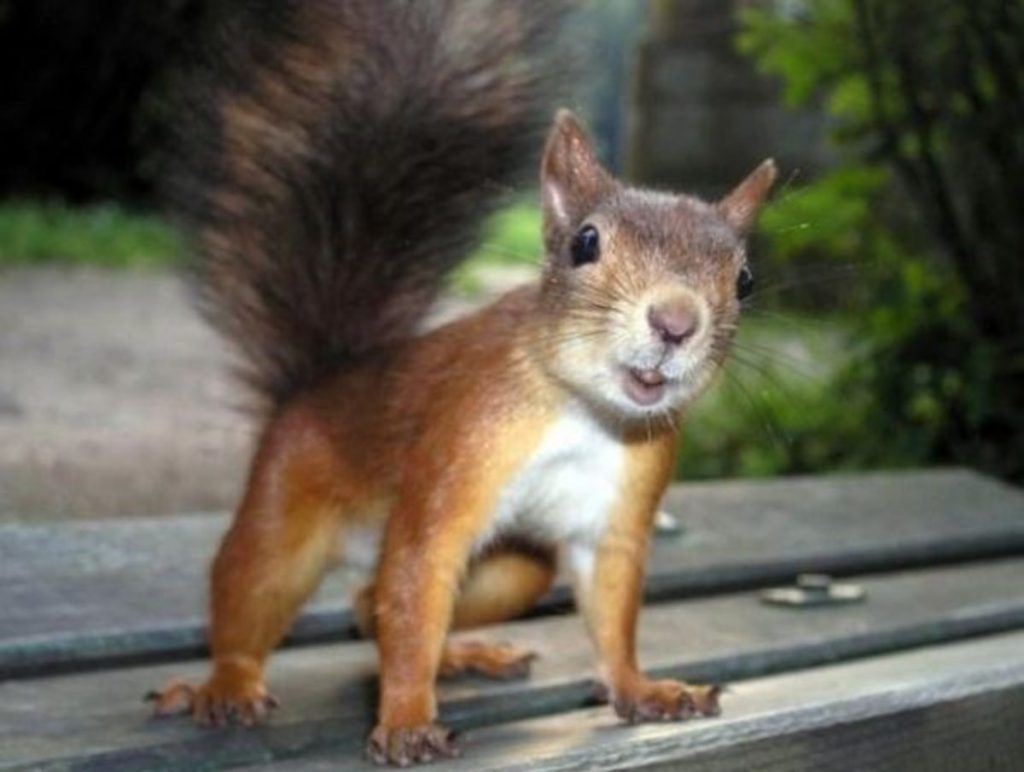 Squirrels are very cunning creatures. If they spot a potential thief on the horizon, they can easily pretend they buried the “sweets” somewhere and then coolly stash them elsewhere. 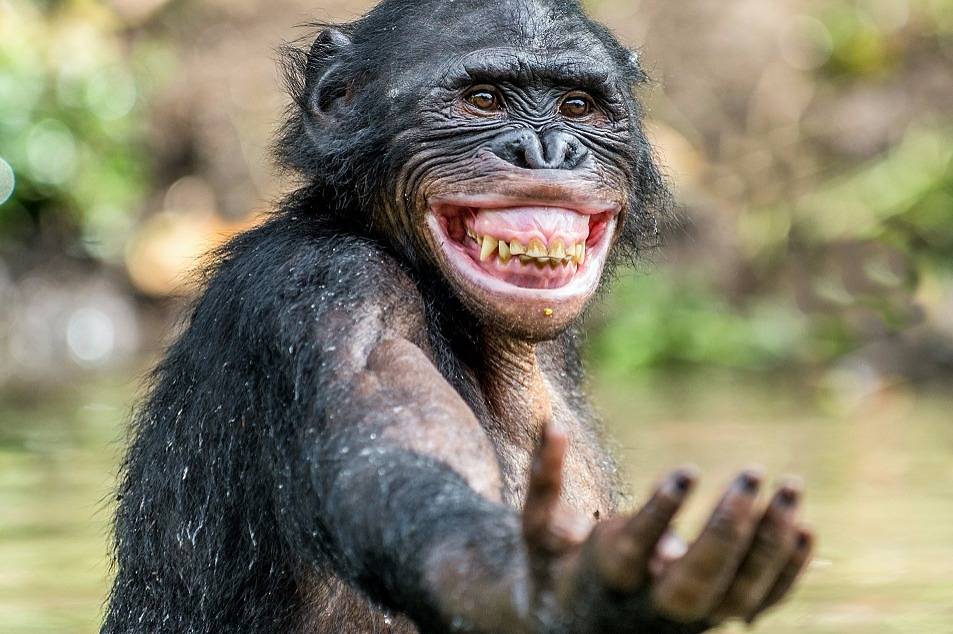 Chimpanzees are the closest human relatives in the animal kingdom. Due to the structure of their vocal apparatus, they do not have the ability to speak. However, they easily communicate with each other in sign language. Scientists believe that these animals have a sense of humor. They know how to smile. And this is not just mechanical muscle work, but also a real emotional response to an external stimulus. 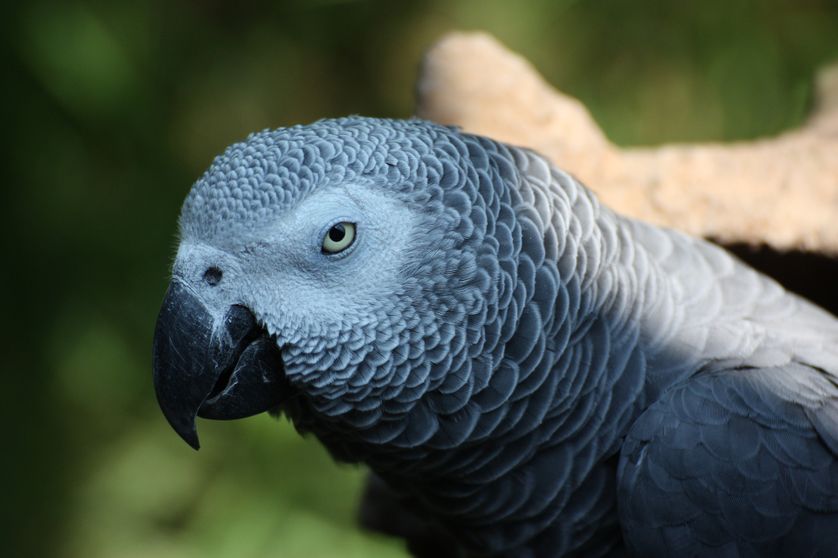 These parrots are known for their talkativeness. But this is not their only advantage. They are capable of empathy and show their emotions easily. Thanks to their natural intelligence, Jacques learns quickly. In terms of intellectual and emotional development, these parrots can be compared to a 4-year-old child. 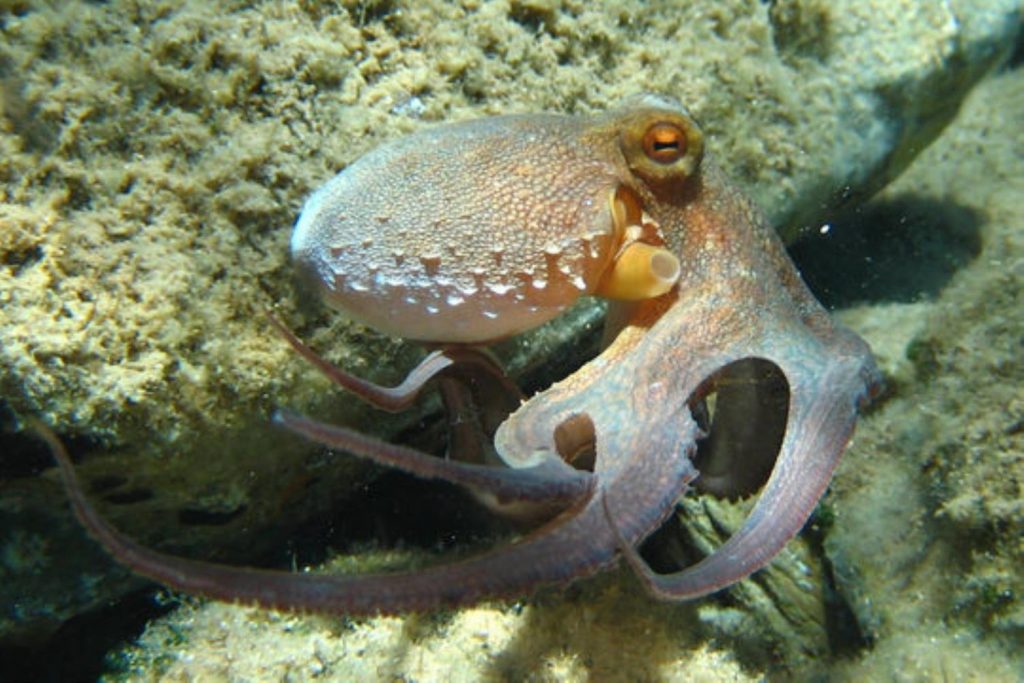 Sly octopuses have an impressive brain size. Regarding your body weight of course. They have an extraordinary memory, can easily distinguish people’s faces and show sympathy for those who feed them. 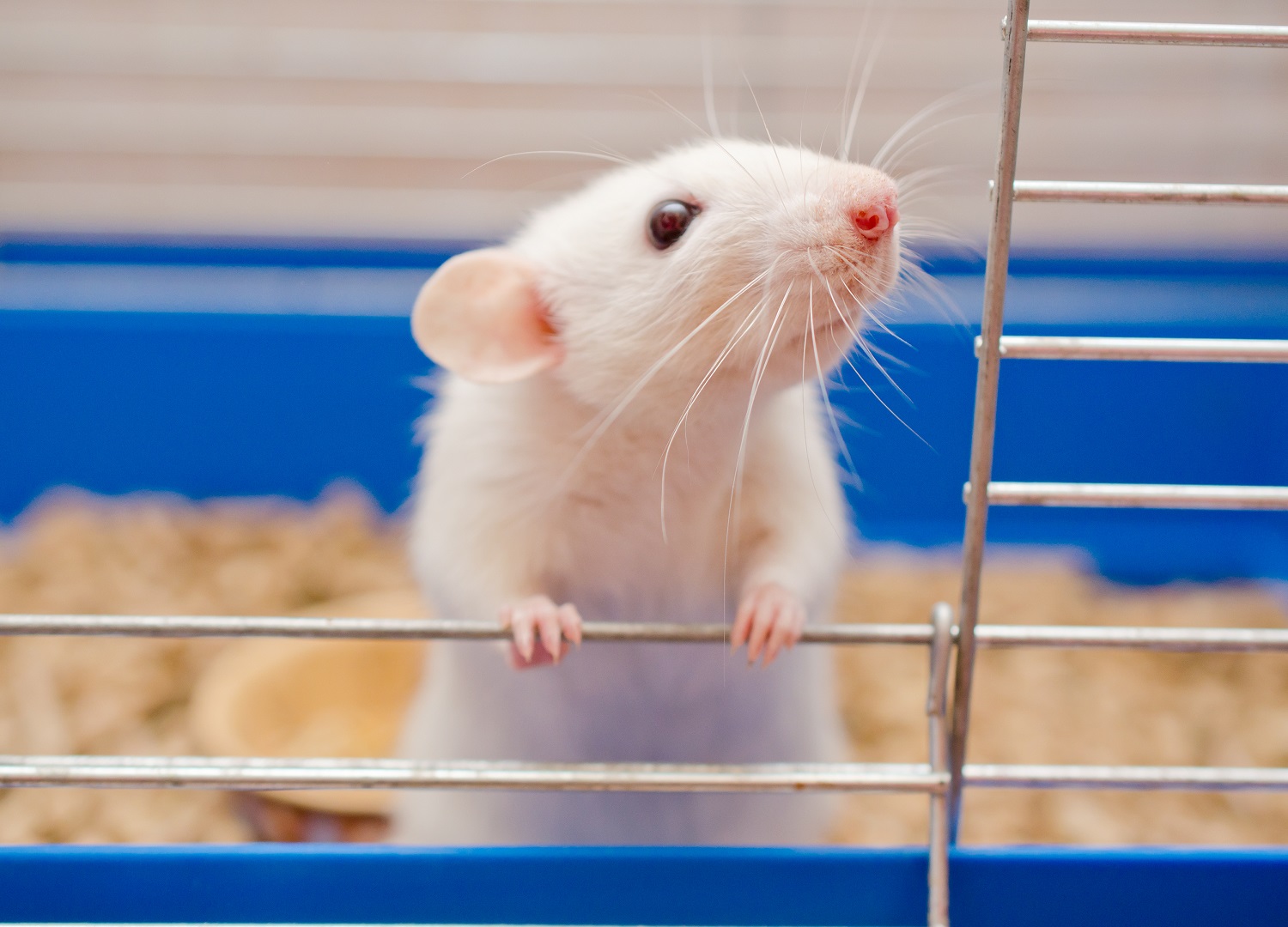 The mouse is the only creature in the animal kingdom that can laugh. Mice have dreams too. They communicate with each other in the ultrasonic range so as not to be in the clutches of a predator. According to scientists, they have a rich vocabulary. 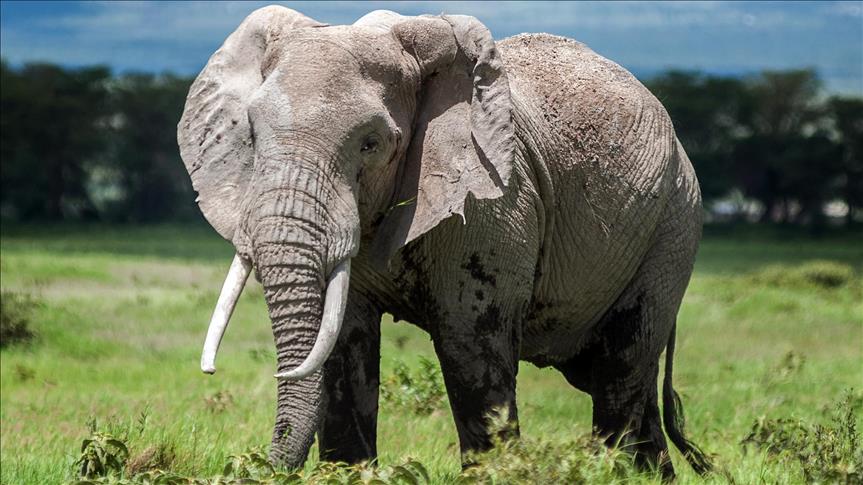 Elephants have an excellent long-term memory, so they are very arrogant. They are very good in the field. Elephants know how to empathize with their tribe members. And they get very upset when they feel bad or die.

6 thousand lira scholarship for those departments!

What does Russia’s recognition of the independence of two regions in eastern Ukraine mean?

The Lifespan of People Who Consume This Tea Extends 20 Years! Here are the Benefits of That Miraculous Herbal Tea as a Panacea

Response to Sefo, who was taken from the stage by Bodrum District Governor’s Office
June 22, 2022

Response to Sefo, who was taken from the stage by Bodrum District Governor’s Office

‘There is an army man in love with you’ The murder plan of the husband and wife gave goosebumps
May 18, 2022

The resigned prime minister was taken to the naval base for security reasons.
May 11, 2022

The resigned prime minister was taken to the naval base for security reasons.

Workers Party in power after 9 years

Egypt..a plan to import wheat from countries other than Russia and Ukraine
February 27, 2022

Egypt..a plan to import wheat from countries other than Russia and Ukraine

Sultans of the Net in the semi-finals