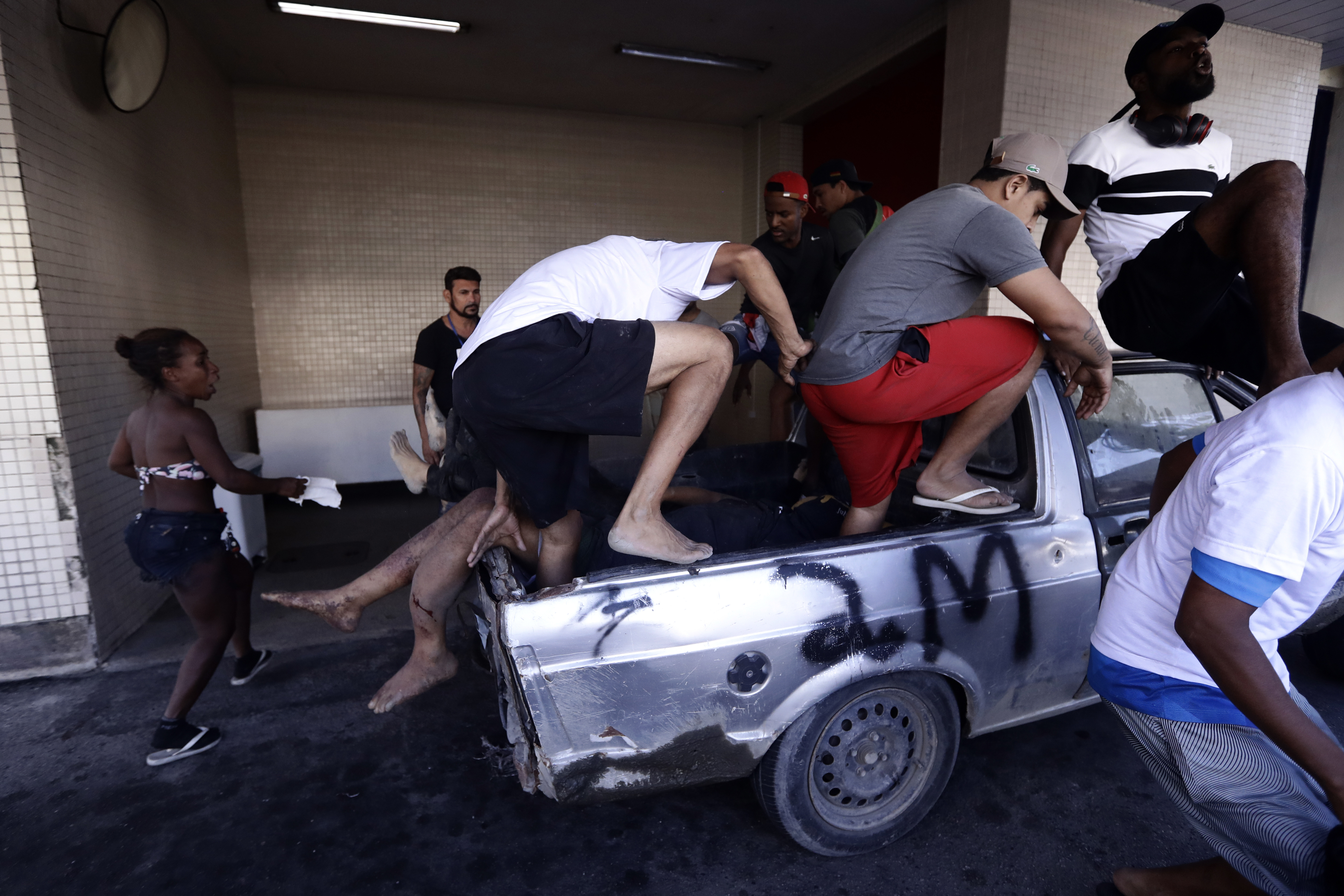 At least 22 people have died in a Brazilian Military Police operation in a favela in Rio de Janeiro that has lasted 12 hours. The police deployed their special operations teams because they were searching the Vila Cruzeiro neighborhood for several leaders of the Comando Vermelho, the most powerful criminal organization in the city. The police intervention led to an intense exchange of fire after, according to the authorities, the criminals responded to the uniformed men with shots. The first morning balance with 11 dead rose to 22 in the afternoon. The deadly raid comes shortly after the first anniversary of Rio’s worst police massacre, which left 28 dead in the Jacarezinho slum.

Among the 22 victims there are ten suspects and one bystander, according to the G1 website, of the Globo group. The rest of the deceased are pending identification. Several of them died in a nearby hospital, where they were evacuated with gunshot wounds. One was transferred there in the back of a van, another aboard an Uber, whose driver was impelled to make the trip. The intense shootings forced the closure of a score of schools in the vicinity.

The Comando Vermelho (the red commando) is the second most powerful criminal group in Brazil and the one that in recent decades has controlled drug trafficking in most of Rio’s neighborhoods. In this city, the territory and the business are disputed with organizations formed by police officers turned criminals and specialized in extortion.

The operation began at four in the morning and lasted until after four in the afternoon. Various armored vehicles participated with the support of a helicopter. The Public Ministry of Rio de Janeiro has opened an investigation into the circumstances of the deaths, for which it has requested that the weapons of the agents and the bullets found be confiscated. He has also explained in a note that the Military Police intended to arrest fifty leaders of the Comando Vermelho who had taken refuge in Vila Cruzeiro. Some, according to the same source, were from other favelas in the city and neighboring São Gonçalo, but there were also some leaders from the northern state of Pará.

The official version states that, when the first team of the Special Operations Unit was deployed inside the favela, it “was recognized and attacked by several local criminals who were carrying weapons of great kinetic value and fired several shots, trying to kill the policemen who They were part of the patrol, so it was necessary to start an emergency operation with the aim of stabilizing the area.” Last February, another incursion in Vila Cruzeiro caused eight deaths.

The agents seized 13 rifles, four pistols, 12 grenades and drugs in an amount yet to be determined, in addition to ten cars and 20 motorcycles. This is one of the deadliest police operations after Jacarezinho. Investigations into 24 of the deaths were shelved.

Subscribe here to the EL PAÍS América newsletter and receive all the key information on current affairs in the region.

Emma García, in shock with the message she receives from Íñigo Onieva’s mother

Get this Remington ionic hair dryer for less than €20 if you’re Amazon Prime!

Buffalo Slaughter: The Buffalo Shooter’s Descent into the Hell of Supremacism | International

Violence rebounds in Colombia in the run-up to the elections | Presidential Elections Colombia
May 27, 2022

The fifteenth journalist in Mexico riddled with bullets: Fredid Román

New photos of the party in Downing Street aggravate the confrontation between Boris Johnson and Parliament | International
May 24, 2022

At what age to start waxing?

run to your pharmacy for it

“The main thing is always the person”

Israel splits in two between Netanyahu and Lapid before the fifth elections in three years | International
June 27, 2022

Uruguayan Luis Lacalle Pou defeats the left in a key referendum for his administration | International
March 28, 2022

Sánchez will compensate the reduction in the electricity tax with the tax on plastic: he will collect twice as much
October 8, 2022

Sánchez will compensate the reduction in the electricity tax with the tax on plastic: he will collect twice as much