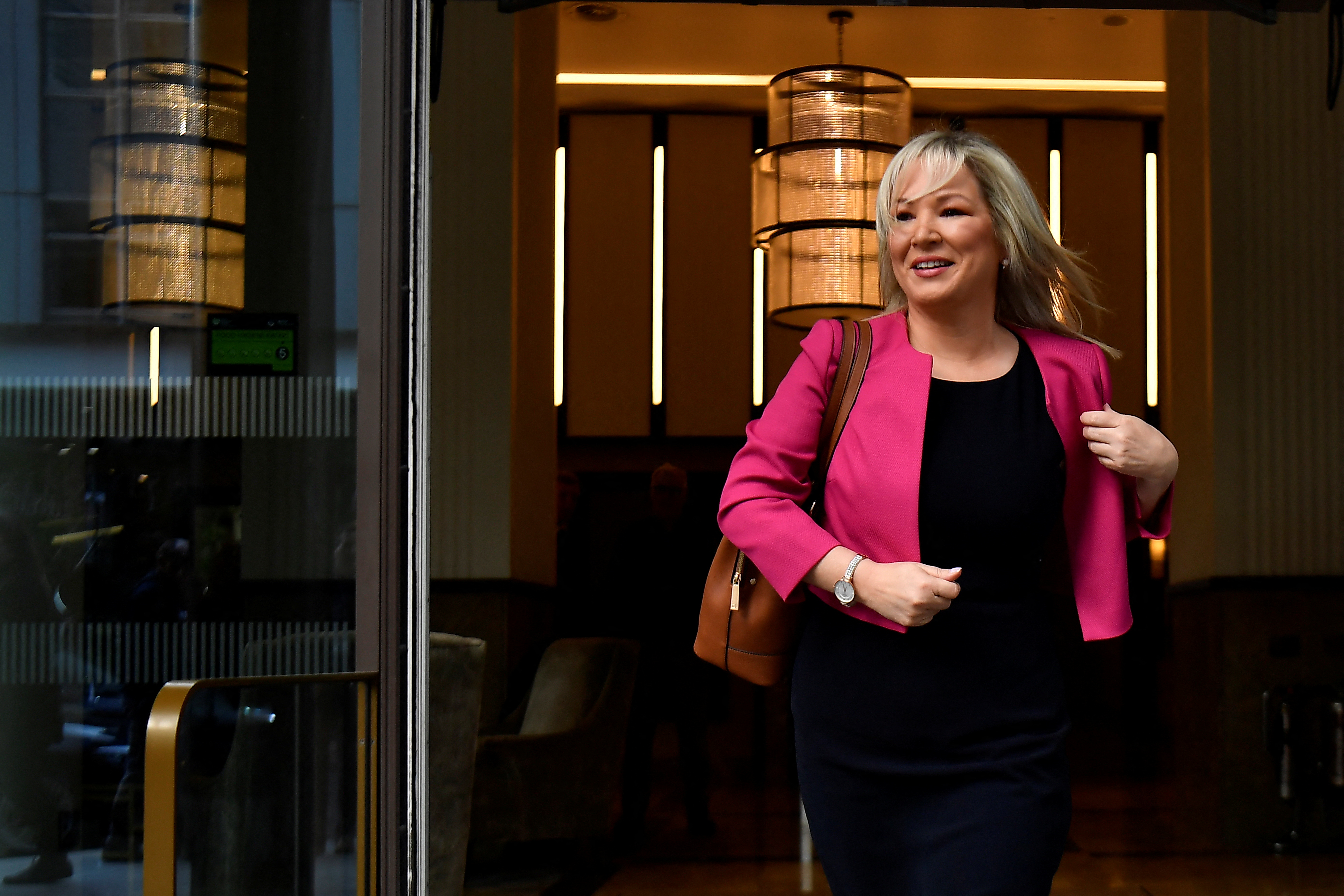 The election of Michelle O’Neill as Northern Ireland’s Chief Minister would be a milestone, something unimaginable more than 100 years ago, when Northern Ireland itself was created. O’Neill is a member of the Catholic and nationalist Sinn Féin party, the former political arm of the Irish Republican Army (IRA). The victory of this party has increased the pressure for a referendum on a united Ireland.

In 1912, while Irish independence was being debated in the British Parliament, a little-known member named Agar-Robartes called for four northeastern counties to be excluded from an independent Ireland. He argued that “everyone will admit that Ireland is made up of two nations different in sentiment, character, history and religion.” One nation, he maintained, was Catholic; the other, Protestant.

With the last elections, this agreement has finally been shattered. For the first time, a Catholic nationalist party has won more seats than any of the Protestant parties. The Catholic population has grown, but also Sinn Féin has been increasing its share of the Catholic vote. Although the party favors a united Ireland and British withdrawal from the country, it has campaigned on local issues including health and welfare.

Donaldson insists that he will not take up his post until the “protocol” issue is resolved. In the “protocol”, established after Brexit, the EU does not recognize the land border in Ireland (between north and south) as a customs border. Instead, the customs border is formed by the sea between Ireland and Great Britain, thereby recognizing Ireland as a single entity, much to the dismay of those who want Northern Ireland to remain an inextricable part of the United Kingdom.

This argument will not be resolved easily, but it will give Donaldson a good excuse to put off power-sharing as a smaller party with Sinn Féin for as long as possible.

The idea that parties on both sides of the sectarian divide share power stems from the Good Friday Agreement. But what if one were an atheist in Northern Ireland and not a member of either tribe? Who would represent him then? In the last elections, the Alliance Party, which stands outside the Catholic/Protestant, nationalist/unionist dichotomies, obtained 13.5% of the vote. It’s a sign that people in Northern Ireland may be growing weary of the polarizing categories that have done so much harm in the past.

The Good Friday Agreement contains two magic words: “and both”.

The text says that the agreement recognizes “the natural right of all people in Northern Ireland to identify themselves and be accepted as Irish or British, or both, as they choose.” This means that citizens of Northern Ireland can hold both an Irish (and therefore access to the EU) and a British passport.

The Agreement also allows the British Secretary of State to call a referendum on Irish unity when he thinks a majority would vote in favour.

Sinn Féin is also the main opposition party in the Republic of Ireland and could enter the Dublin Government in the next few years. The party wants a referendum on a united Ireland to be held within five years. If that referendum were successful, the Good Friday Agreement guarantees that the result would be accepted by the British Government and Britain would eventually withdraw from Ireland.

Article 3 of the Irish Constitution, reformulated in 1998 and approved in a referendum, reads as follows: “It is the firm will of the Irish nation, in harmony and friendship, to unite all the peoples who share the territory of the island of Ireland , in all the diversity of its identities and traditions, recognizing that a united Ireland can only be achieved by peaceful means with the consent of the majority of the people, expressed democratically, in both jurisdictions of the island”.

The question, therefore, is when such a referendum could be held and whether it has any chance of success.

This last point is significant, as Northern Ireland, as an economic basket case, requires a subsidy of between £10bn and £15bn each year from London.

In Northern Ireland itself, Protestants would presumably vote overwhelmingly against a united Ireland. Catholics, therefore, would have to weigh the consequences of being left without a health service superior to that of the Republic. And many Catholics, thanks to the end of discrimination against them, now work for the state in Northern Ireland and have a stake in their survival. Would they support radical change? A different educational, legal or pension system? The possibility that its Protestant neighbors would not accept a united Ireland? And all the conflicts that could arise?

If a referendum were to be held now, it would most likely be defeated in Northern Ireland and, after much debate, won in the Republic. But for the change to occur, it would have to be imposed in both jurisdictions.

Sinn Féin would do well to wait for a referendum when they are sure they will win it. However, his supporters, emboldened by his recent victory, will want them to press on.

These latest elections, as much of a milestone as they are, will not lead to a united Ireland in the near future, but will introduce further instability in a part of Ireland that is still recovering from decades of violence. Since it is part of Sinn Féin’s character to be a vociferous opposition, as well as being a ruling party, they have really won a big victory. In Northern Ireland they will be able to govern the very country whose existence they wish to erase.

Colm Toibin is an Irish writer, author of works such as Mothers and sons (Lumen) and The magician (Lumen).

Alberto Fernández takes the assassination attempt against Kirchner to the UN

Ukraine: UN inspectors arrive in Zaporizhia: “Our mission is to prevent a nuclear accident” | International
August 31, 2022

Ukraine: UN inspectors arrive in Zaporizhia: “Our mission is to prevent a nuclear accident” | International

Kirchnerism leaves Alberto Fernández alone in the war against inflation in Argentina
May 24, 2022

Don’t miss the series premieres from October 10 to 16

5 movies that speak openly about the current problem
October 10, 2022

5 movies that speak openly about the current problem

The ‘Razoni’ is already sailing to Lebanon with 26,000 tons of corn after being inspected in Istanbul | International
August 3, 2022

The ‘Razoni’ is already sailing to Lebanon with 26,000 tons of corn after being inspected in Istanbul | International

New Apostolic Constitution: The Pope begins the debate on the future of the Church with all his cardinals | International
August 29, 2022

New Apostolic Constitution: The Pope begins the debate on the future of the Church with all his cardinals | International