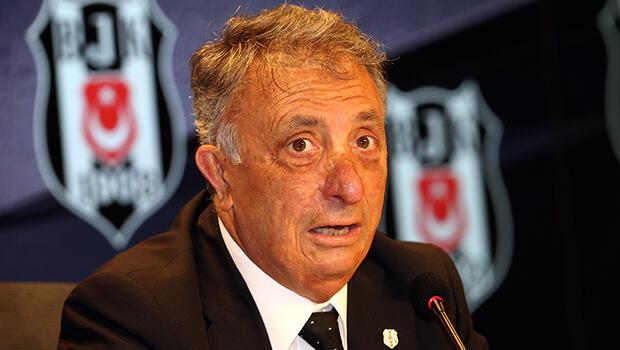 Beşiktaş President Ahmet Nur Çebi supported Fenerbahçe’s application to the TFF to count the championships won before 1959. Çebi, who held a press conference at Vodafone Park yesterday, said, “If pre-1959 championships are applied equally to everyone and are based on a rule, it’s okay for me. But if we say that it works for one and the other does not, then it will not. He said: “If there is right and justice, why not, but if it is to be done for the sake of talk, then not.” Beşiktaş President stated that he made the necessary application to take office for one more term and said:

The cost of those who cannot contribute is 1 billion TL

We found ourselves as the manager and president of Beşiktaş in very difficult and troubled days. It was very important to be able to float the ship safely, I think we succeeded. The club’s debt is 4.3 billion TL. The amount arising from the interest and exchange rate difference that is not caused by us shows that the debt has increased. Since the day we came, the burden of many football players who did not join the squad, and the players who did not make it to the squad, is 200 million TL per year. These contracts average 4-5 years. When you calculate it for 5 years, our loss here is approximately 1 billion TL. About a quarter of our debt. The other 1 in 4 is the interest burden.

There will be no crazy budget in the new season

No crazy budgets for next season. Getting stars is easy. The later ones suffer, what happens is the club. Our goal should not be to get stars, but to create stars. We want to do this gradually. There will be creative football players in the team who can set an example for the youth. I want to do this especially in centre-forward. We are knocking on our door for young people. None of our children are going anywhere until we get the numbers in our heads. Contracts are made with young people, but not in a way that harms Beşiktaş’s interests. You can’t ask for 10 times what you are entitled to just because they asked for two calls. Our children do not do this, but there are certain managers.”

I DID NOT SAY ‘SAKLABAN’ TO Ali KOÇ

“I have respect for Ali Koç, the family and all club presidents. I said ‘I’m not a joker’ to a friend who came from behind to say ‘You don’t hit the table with your hand’. Both Rahmi Bey and Koç Family are very important to me. I think of what the two children did on the tree-lined road either as a provocation or as a momentary rage. I hope they don’t make any more mistakes. THE PRESIDENT LEFT ME IN A DIFFICULT POSITION · It was a Fenerbahce match that I was also very excited about. I also made sentences about making the fans excited in this way. ‘If you’re talking about justice, don’t use our name. I said, ‘Give an example from your own matches’. Maybe that was not his intention, but that day he left the Beşiktaş President in a difficult situation. Every club president can voice the injustice in Turkish football. Ali Koç is also a friend of ours who talks about it. But we talk about what is necessary for Beşiktaş.”

OPERATION OF REFEREE WAS DONE IN PARALLEL OF MY STATEMENTS

If you could solve the problem of referees every time we hit the table, would these issues be talked about today? For 50 years, every team has talked about this after every game. In order to solve something, you will go to the place where the problem is and talk, you will bang your hand on the table there. I did my duty. I said, ‘The problem cannot be solved by asking for the resignation of the TFF and MHK President, the problem is with the referees’. We said, ‘The people there should go, young people should be replaced, the old referees are worn out’ and as a result, an operation was carried out, but it was incomplete. Those who harmed Beşiktaş remained, the others left. I did not give a list, I said that all of them should be changed.

I HOPE THE NEW TFF FIXES

A new season is starting. Referees should be renewed, young people should be paved. I’ve done all sorts of struggles with them. However, it still does not improve because the operation was performed incompletely. I hope the new upcoming TFF will fix them. I did not have the referee operation done, but I explained that it should be done. The operation took place in parallel with my statements. It means that I fought with those who harmed Beşiktaş. However, the operation was incomplete. Since it was not completely done, it did not work and started to be diluted. “

We bargain with screw. He might be packing his suitcase because his contract is up. Conditions are harsh. Unless they soften, they can’t be with us. 4 million Euros per year, 5 million Euros with tax, and 400 million liras in return. 10 percent of the debt. We used Vida. Why not 4 and not 2? It will not be at 2, it will be 1 million.”

IT MAY BE TAYFUR BINGOL

Atiba has become a very valuable symbol. If there is no situation that will force us about the foreign player and he wants to continue, I want to continue with him. Tayfur Bingöl is a bit old in our planning, but let’s see. It was successful in Alanya. It can be put on the agenda, we will see.”

I DON’T THINK OF BEING THE PRESIDENT OF THE TFF

WE DESERVE THIS SPORTS LAW

“The Sports Law has been put on the agenda because of the necessity and the way sports clubs have been brought into this situation. It is not our place to criticize those who do. We deserved it. We have all put huge communities, centuries-old plane trees into debt with our egos. But there are some issues. In particular, the limitation on borrowing and lending to managers is not correct. Should have been a little more comfortable.”

Land Registry Manager and Real Estate Specialist Announced the Mindless Fraud Method! I’m Not Falling, Millions Have Been Scammed Like This

Loan for unemployed youth, housewives and widows without collateral from the Development Bank in the Kingdom of Saudi Arabia

A soldier was killed in Operation Claw-Lightning

What does that say? Let’s change it

Panic in Erzincan! 53 students rushed to the hospital with the same complaint
June 7, 2022

Panic in Erzincan! 53 students rushed to the hospital with the same complaint

3 Horoscope A Disaster Awaits Sunday! Are You One of These Signs?
July 3, 2022

3 Horoscope A Disaster Awaits Sunday! Are You One of These Signs?

Algeria publishes the conditions for obtaining the unemployment grant
February 18, 2022

Algeria publishes the conditions for obtaining the unemployment grant

Explanation of the Secret of the Mysterious Gate on Mars
May 14, 2022

Explanation of the Secret of the Mysterious Gate on Mars

Another separation in Trabzonspor: Officially announced