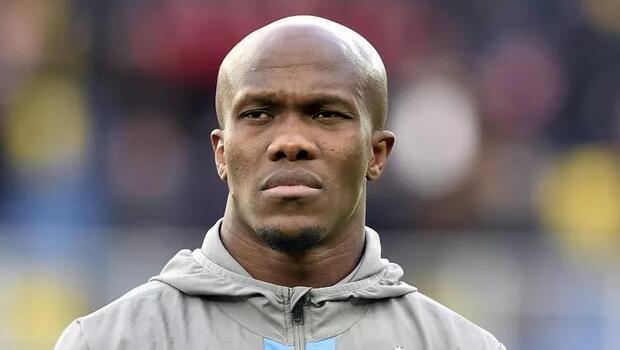 One of the most important factors in the championship, which has been achieved with the effective performance of Trabzonspor for many years, Anthony Nwakaeme’s contract, which will expire at the end of the season, could not be extended. The 33-year-old football player, who reached a 3-year agreement with Trabzonspor for 1.5 million Euros per year for the new contract, but wanted 1.5 million Euros in advance, did not sign because of this situation. After long negotiations, the experienced attacker accepted the offer of the club, which wanted to pay the signature money in installments, not in cash.

It was claimed that Fenerbahce intervened for Nwakaeme, whose meeting with Trabzonspor was prolonged, and it was stated that the star football player could be a Kadıköy passenger, but this did not happen.

Speaking to Fanatik on the subject, Anthony Nwakaeme’s manager Deniz Türker said, “We agreed with Trabzonspor on salary and year for Nwakaeme. There were different opinions only about the signature coin. Nwakaeme wanted the signature money in cash. The club, on the other hand, was willing to pay in installments. As of now, my player has also accepted Trabzonspor’s request for payment in installments. Trabzonspor Management goes to the club whenever it wants and we sign the new contract. We are ready,” he said.

Theft, rape and kidnapping..other roles of mercenaries in Libya

Ali Babacan: His shadow is on the finger that swings our citizens endlessly

The most prominent decisions of the Council of Ministers today

Check Also
Close
We explain simple steps you can take to keep your heart healthy.
26 mins ago

Beware of ‘legionnaires’ disease’ caused by air conditioning! If you have these symptoms, go to the doctor immediately.
1 hour ago

Beware of ‘legionnaires’ disease’ caused by air conditioning! If you have these symptoms, go to the doctor immediately.

Sending Syrians a must to thwart the US-Israeli terror state

Appointment of Deputy Minister to the Ministry of National Education

Champions League: Liverpool take advantage on the way to the final (Liverpool-Villarreal match result)
May 11, 2022

Galatasaray’s starting 11 has been announced
21 hours ago

Galatasaray’s starting 11 has been announced

With a “quick decision” .. Egypt solves the crisis of its citizens on the borders of Ukraine
February 27, 2022

With a “quick decision” .. Egypt solves the crisis of its citizens on the borders of Ukraine