The details of the housing good news given by President Recep Tayyip Erdoğan after the Council of Ministers Meeting the previous day, both for those who want to own a house and to activate the construction sector, became clear. Accordingly, 3 solution packages were created by the Ministry of Treasury and Finance as a result of consultations with the Ministry of Environment, Urbanization and Climate Change. In this context, it is aimed to increase the access of the citizens who will buy their first house to housing with affordable loans, to support the Liraization Strategy, to increase the housing supply by completing the unfinished constructions, and to keep the housing prices of the supported companies constant. Citizens who want to own a house are also investigating the details of the support package. What is the interest rate on the housing support loan? How many years will it be due? Here are all the curiosities about the housing finance package…
How will the citizen who will buy his first house be supported?

Citizens who will buy their first house with the ‘My First Home Housing Finance Package’; To be implemented in first-hand houses, housing loans with a maturity of up to 10 years and a monthly interest rate of 0.99 percent will be provided for houses up to 2 million TL.
Which banks will it be withdrawn from?

One of the most curious is from which banks the 0.89 percent interest rate housing loan package will be provided. No official statement has been made about this yet. It is expected that the details will be announced soon, and the advantageous housing loan will be provided by 3 public banks Ziraat Bank, Vakıfbank and Halkbank, as before. 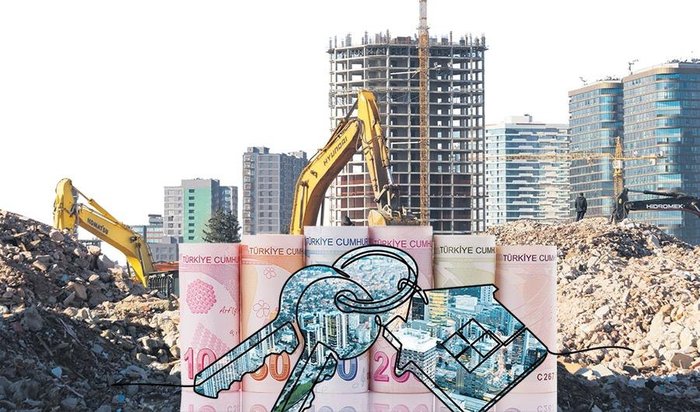 Do the applications cover second-hand housing?
Within the scope of the “Extended Housing Financing Package”, at least 50 percent of the housing value, including first-hand and second-hand houses, is met by the “Foreign Currency Deposit Account” opened before April 1, 2022 or by selling scrap gold to the CBRT. Housing loans with a maturity of up to 10 years and an interest rate of 0.89 percent per month will be provided for houses up to a million lira value.

What support will be given to contractors?
With the ‘Credit Guarantee Package Special for the Construction Sector’, it aims to quickly complete the projects and add them to the housing supply. Accordingly, as of May 1, 2022, in order to support the completion of construction projects, of which at least 40 percent have been completed and 50 percent have not been sold, SMEs commit to keeping the sales prices of houses constant for 1 year, sharing these prices with the public on the website and notifying the lending institution, and non-SME construction companies, a total of 20 billion TL financing will be offered with a 36-month maturity.

What is aimed at accelerating new housing production?
Housing production will be supported by providing low-cost loans to small-scale contractors, on the condition that they do not sell their square meters above a certain price so that they can build houses on small parcels in the city. These residences will be subject to sales restrictions for a period of 5 years. 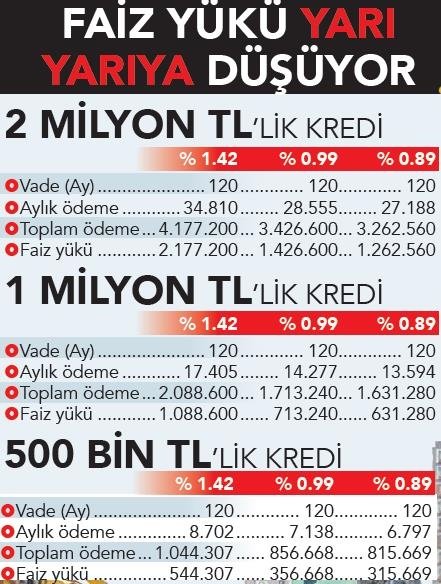 WE WANT TO MAKE CITIZENS HOME OWNERS
Treasure Minister of Finance and Finance Nureddin Nebati said on his social media account: “We offer 3 different solution packages to our nation in order to protect our citizens from the incidental fluctuations in the housing sector to the maximum extent and to make them homeowners. In order to increase the access of our citizens, who will buy their first house, to the housing with a very cost-effective loan opportunity, ‘Ilk Evim Konut Finansman In the “Extended Housing Financing Package”, on the other hand, it will be commissioned on the condition that at least 50 percent of the housing value is met by the sale of the gold opened before April 1 to the CBRT. We are launching the Construction Sector Special Credit Guarantee Package for non-SME construction companies.” ANKARA

SECOND HAND OPPORTUNITIES ARE IN ACTION
new From the first minutes of the announcement of the housing support package, opportunists appeared on the websites where housing sales were made. It was seen that homeowners and real estate agents who wanted to take advantage of the movement of the market increased their housing prices by 30 percent in the same minutes. It has been determined that new price increases from 150 thousand liras to 750 thousand liras are reflected in the advertisements, depending on the type and price of the house.

SUPPORT IS EXTREMELY POSITIVE
Pandemic KONUTDER President Altan Elmas, who stated that the production process has affected the housing production seriously especially in the last two years, said, “The production was half as much as the house that needed to be produced. While it is a production for the annual need of 800 thousand housing, around 450 thousand production has been made in the last 3-4 years. Since December “On the other hand, the constructions have slowed down a lot. Behind this are the construction costs, which quadrupled and fivefolded. This had to be accelerated. We were expressing that if this was not accelerated, the rent crisis would reach much more annoying points. We see the measure taken within this framework as correct,” he said.

THE FIRST SPARK IN OUR INDUSTRY
INDER President Nazmi Durbakalım said that while the announced package offered an opportunity to those who want to buy a house, they thought it would be the first spark in increasing the housing supply. “With the announced support packages, it will ease the access of those in need of housing to housing prices, which increase in value due to costs, by reducing the interest burden. It is also an important move to bring stable investments, especially foreign currency and gold, which put pressure on the macroeconomy, to the real economy. Especially the support provided to first-hand housing is concrete. “We see it as a move,” he said.

Between security and the economy.. Details of the meeting of Sisi and the President of Djibouti

This Personality Quiz Tells You How Intelligent You Are! Determine Which Animal You See In The Picture, Learn Your Intelligence!

Check Also
Close
Who has a match today? Which matches are on Tuesday, September 27, 2022, at what time, on which channel? TV match schedule of the day
19 hours ago

The Supreme Court rendered its decision on Kenan Evren and Tahsin Şahinkaya.

Is Müge Anlı pregnant or expecting a baby?
7 days ago

Is Müge Anlı pregnant or expecting a baby?

3,000 soldiers to Poland amid escalating threatening Russian invasion of Ukraine

Selcuk Pass, whose May Dollar Forecast is Out, has given such a level that before that date, the dollar can incur losses.
May 14, 2022

Selcuk Pass, whose May Dollar Forecast is Out, has given such a level that before that date, the dollar can incur losses.

Pakistan surrenders to the downpour! Roof of the house collapsed: 5 dead
June 17, 2022

Pakistan surrenders to the downpour! Roof of the house collapsed: 5 dead