President Recep Tayyip Erdoğan listed the good news one after another. One of the good news he gave in the statement he made after the cabinet meeting the previous day was about passports. Erdogan stated that domestic and national passport production will begin and that the infrastructure has been established to produce passports in our country, whose global supply opportunities have become difficult due to the “chip” crisis. Interior Minister Süleyman Soylu introduced the domestic e-passport, new e-blue card and new e-driver license yesterday. For the first time, the expression ‘Turkey’ was used instead of ‘Turkey’ in the new e-driver’s license and new e-passports. In the image of the new driver’s license, which draws attention with its high-level security measures, our domestic and national car TOGG did not escape the attention.

The pages of our new passport, which is one of the most secure passports in the world, start with Topkapı Palace and end with the first Parliament building, with the Hagia Sophia Mosque in the middle. 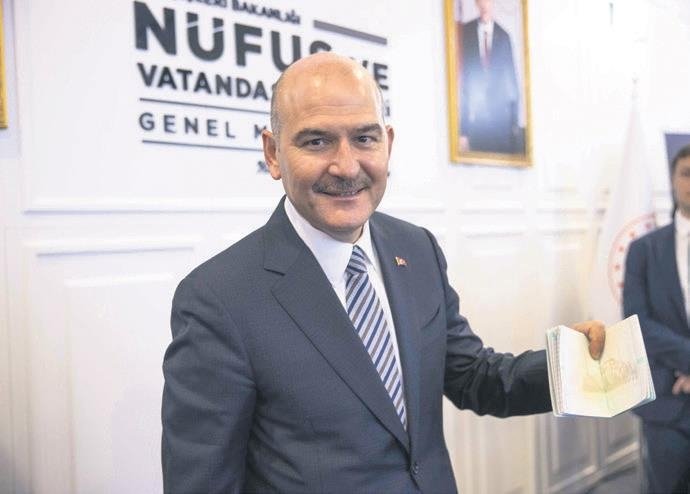 Production will begin in August.

Minister Soylu, who also gave information about the new e-driver license, stated that our domestic car TOGG, seat belt and driver images were used in his image. Soylu continued:

There is also a change in the issue of the new blue card. Instead of light blue card for paper material based tampering; The new e-blue card, which contains biometric data, has a contactless chip, contains many security elements, and is made of durable and long-lasting polycarbonate material, has been designed.

New e-blue card requests can be made from all Provincial and District Population Directorates and foreign representative offices.

As with our other cards, personalization will be produced in the common personalization center within the General Directorate of Population and Citizenship Affairs and delivered to the addresses of our kinsmen. 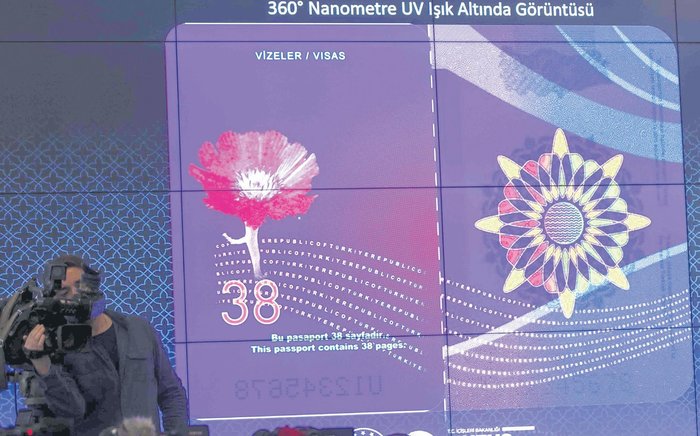 THE ISSUE OF MIGRATION HAS BEEN TURNED INTO DRIVE MATERIALS
Interior Minister Süleyman Soylu stated that while entering the 2023 process, it is clearly intended to create areas of incitement, and said that the issue of migration has become the number one material of those areas of provocation. Soylu said that he did not even know that CHP Leader Kemal Kılıçdaroğlu had the authority to grant citizenship to the Population Administration. Regarding the Syrians who were granted citizenship, Soylu said, “The number of Syrians who have gained citizenship by meeting the criteria and become citizens of the Republic of Turkey is 200,950.”

Belarus: We do not participate in the invasion of Ukraine, but we may do

Last Minute: Passengers are announced in Beşiktaş! Valerien Ismail has made her decision…

Check Also
Close
Double execution in Yalova! Their bodies were found in the forest.
5 mins ago

Last minute: Historical moments in Galatasaray – Adana Demirspor match! Belhanda made a triple, Yunus Akgün scored a goal, he was not happy! Arda Turan
19 mins ago

By admin
Recent Posts
Latest News
Facebook Twitter WhatsApp Telegram
Back to top button
Close
Featured Posts
The circulation of a video of a famous Egyptian artist appearing in Saudi Arabia in women’s clothes and a sarcastic dialogue with an Emirati broadcaster
February 6, 2022

He killed his boss while inspecting the shotgun
5 days ago

He killed his boss while inspecting the shotgun

Washington reveals the nature of “Russian field advances” in Ukraine

Green’s block brought the Warriors the match!
6 days ago

A call for help from the Ukrainian soldier to Elon Musk: If not you, who?
4 days ago

A call for help from the Ukrainian soldier to Elon Musk: If not you, who?

The first response from the White House after Putin threatened nuclear deterrence
February 27, 2022

Connecting Abu Dhabi and Dubai with a direct line within the “Etihad Rail” network
March 1, 2022

Gasoline and Diesel Engine Midnight Hike Operation! Here are the Current Diesel and Gasoline Prices on Saturday, May 14, 2022
2 days ago

Gasoline and Diesel Engine Midnight Hike Operation! Here are the Current Diesel and Gasoline Prices on Saturday, May 14, 2022