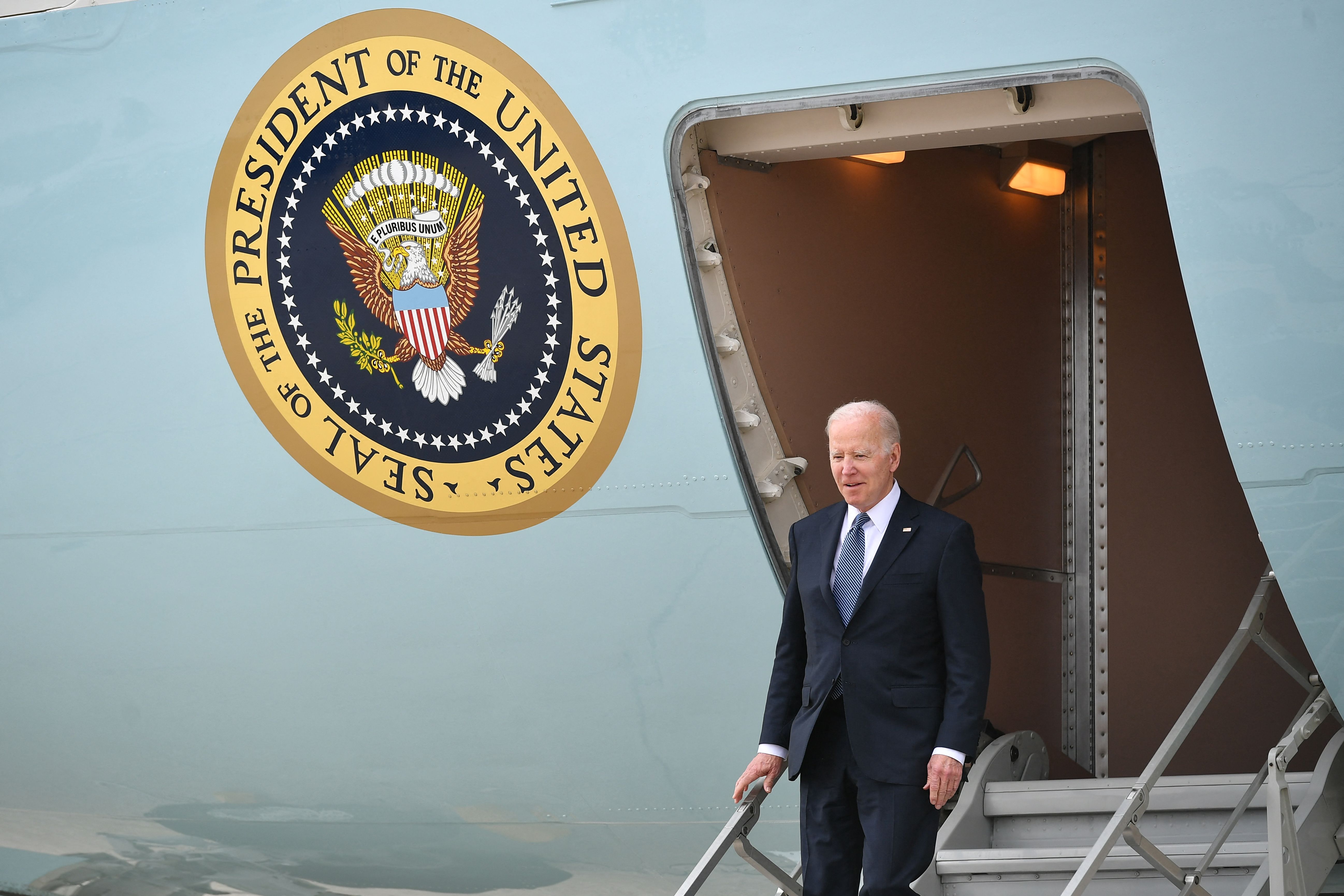 With fresh confirmation of the start of a new Russian offensive in eastern Ukraine for the “liberation” of the Donbas region, Joe Biden summoned his EU, NATO and G-7 allies on Tuesday to discuss by videoconference the latest news on Russian aggression and to “discuss the best way to make it accountable,” according to the White House. The President of the United States has announced after the call and upon his arrival in the State of New Hampshire, where he has gone to defend his internal infrastructure plan, that the United States will send more military aid to kyiv.

On Monday, a senior US official shared with the press intelligence data that certified the regrouping of troops for that offensive, which has prompted a new request for assistance from the Ukrainian president, Volodymyr Zelensky. This Tuesday, another Biden Administration official, quoted by CNN, confirmed that work is being done “at an unprecedented speed” to gather these weapons and send them to eastern Ukraine.

Biden has spoken from the Situation Room (Situation Room) for almost an hour and a half with the Italian Prime Minister, Mario Draghi, the British Prime Minister, Boris Johnson, the Canadian Prime Minister, Justin Trudeau, and the Japanese Prime Minister, Fumio Kishida; the French president, Emmanuel Macron, the Polish president, Andrzej Duda, and the Romanian president, Klaus Iohannis; German Chancellor Olaf Scholz and NATO Secretary General Jens Stoltenberg, as well as the Presidents of the European Commission and Council, Ursula von der Leyen and Charles Michel. It has become customary in these eight weeks of war that a meeting of these characteristics is followed by the concrete announcement of new punitive measures against Moscow.

In the conversation, the European Union has promised to “tighten sanctions against Russia” and “increase its economic aid to Ukraine”, as confirmed on his Twitter account Von Der Leyen, who has described the meeting as “important” and He has thanked Biden for his call. Michel, for his part, has highlighted “the need for more humanitarian, financial and military support.” “The EU will develop a Solidarity Fund for Ukraine to provide immediate support and for the reconstruction of a democratic Ukraine,” he assured on the aforementioned social network, in which Stoltenberg has reiterated his demand that Russian President Vladimir Putin put end to the war.

World leaders firmly stand together in support of Ukraine.

We will further tighten our sanctions against Russia and step up financial and security assistance for Ukraine.

Thank you @POTUS for agreeing this important call.

Foreign Minister Scholz explained that in the telematic meeting he has committed himself with the allies to support “financially and militarily” Ukraine and that this aid will be channeled “through” its Western allies, since the Army of his country does not have “the necessary reserves”, according to Efe. “The objective is to strengthen the Ukrainian army so that it can face the Russian attack,” added Scholz, who alluded to the 100,000 million euro investment package announced by his government to “update” his country’s army, after decades of disinvestment in Defense.

Rome has issued a statement stating that “[durante la videoconferencia] there was a broad consensus on the need to increase pressure on the Kremlin, including by adopting new sanctions. It was also agreed that international pressure should be increased”. An adviser to the French Elysee added: “Our country is prepared to offer security guarantees.” That implies, he has suggested, military supplies to deal with new attacks.

The latest announcement of military aid from Washington to kyiv came on April 13, when Biden promised Zelensky “800 million dollars in arms, ammunition and other security assistance”.

Video analysis | Could Le Pen win the elections in France? Surveys give you a choice in ten | Videos

The eight most scandalous measures of the 2023 Budgets

dress rehearsal at the Camp Nou

The economic crisis fuels the piqueteros protest in Argentina | International

Biden exhibits as a victory the turn of Sweden and Finland to enter NATO | International
May 19, 2022

Russia mobilizes new troops in the absence of progress in the invasion and resistance of Ukraine | International
March 17, 2022

Fervor for Elizabeth II in Scotland… from almost everyone | International
September 12, 2022

Fervor for Elizabeth II in Scotland… from almost everyone | International

War in Ukraine: The month of fear and darkness of 300 Ukrainians in a cellar | International
April 20, 2022

War in Ukraine: The month of fear and darkness of 300 Ukrainians in a cellar | International

The battle for the end of the world: Australia, the US and China compete for influence over the islands of the South Pacific | International
May 27, 2022

The battle for the end of the world: Australia, the US and China compete for influence over the islands of the South Pacific | International