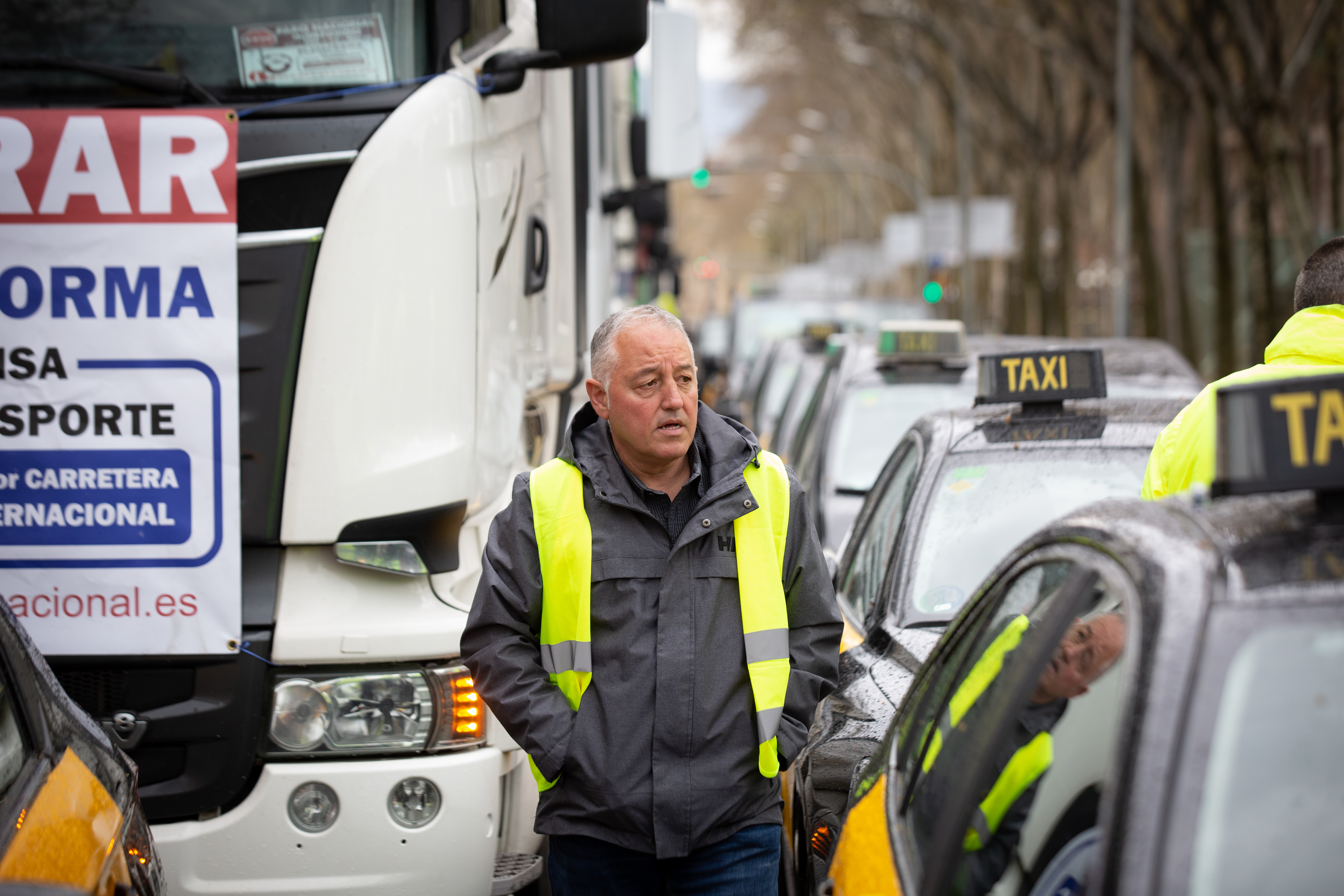 Spain was outside the European Union, it was a few months before VAT began to be applied, and the premiere of the first film in the saga appeared on billboards terminator. Going back to the year 1985 is traveling to a country that many remember, but that no longer exists. The high inflation figures have once again brought their four digits to the headlines as a reminder of the unusualness of the moment: the rise in prices in March, of 9.8%, had not been seen in Spain since May of that year. If you are under 36 years and 10 months, you have never experienced such an increase.

The data is still in part a statistical effect: annual inflation compares what happened in the month with what happened in the same period of the previous year, so if the measurement is made in the face of a month of low prices or even Negative, the jump is more likely to be higher, generating the consequent alarm. However, the long rise in prices, which in Spain have accumulated 12 months above the ECB’s 2% target, and has been aggravated by the Russian invasion of Ukraine, has culminated in an explosion of malaise that exceeds the excel files and it gushes into the real economy through striking truckers, street farmers and ranchers, idle fishermen and disgruntled consumers.

What is this crisis comparable to? Saving the distances, the most repeated parallelism by the experts consulted goes back further, to the seventies, when one of those perfect storms that hit the economy from time to time was brewed: the Arab countries stopped selling oil to the West for supporting Israel in the Yom Kippur war and crude oil skyrocketed. The United States decoupled the dollar from gold and currencies fluctuated freely, which Washington took advantage of to inject money to finance the Vietnam War. The consequences were fateful: inflation broke out and spread to Europe.

As the economic historian Francisco Comín explains, Spain tried to dodge the coup, but the measures taken only postponed it and made it worse. “The Franco regime did not transmit the increase in crude oil to domestic prices, swallowing Campsa’s losses, which was the oil monopoly. This caused the energy crisis to be delayed in Spain until 1976, when the impact on prices aggravated inflation and the economic crisis”. Spain got used to living with inflation: it spent 11 years, between 1973 and 1984, with uninterrupted double-digit price rises —something that not even the most negative pessimists consider today—. Inflation would peak at 28.4% in August 1977, but the aftershocks would continue. “The economic threat for 1979 continues to be inflation”, reads a headline in this newspaper in that year.

“The mistake was made, which can be repeated now, of trying not to transmit cost increases to final products,” warns Pablo Martín-Aceña, Emeritus Professor of Economic History at the University of Alcalá de Henares, referring to the fuel subsidies that the Executive is granting since Friday. In his opinion, as long as energy dependence persists, vulnerability to these shock external is maximum. “Politicians should talk to citizens about what is happening and tell us that we are going to have lower incomes in the coming years. We are going to be poorer. We have to tighten our belts. Nothing to compensate, nothing to raise public spending to alleviate income losses or lower taxes, because later in the future that debt will have to be paid, and future generations do not deserve it.

The professor concedes that families are in a better position, because after the Great Recession they got out of debt, and now there is a certain cushion to which the savings impounded in the pandemic are added, when the restrictions prevented spending, “but that does not mean that both you and I have to pay higher prices because a war has broken out,” he insists.

Miguel Cardoso, chief economist for Spain at BBVA Research, perceives similarities with the seventies, when a war was also the cause of a restriction in the supply of fuel, an input as vital to the productive fabric as blood is to the body. But he finds notable differences: on the positive side, Spain is part of the euro, depends on a more credible central bank, and has no need to resort to expensive financing in the markets.

On the negative side, it cannot devalue the currency to gain competitiveness, which exposes it to extra risks. “If wages grow more here than in our trading partners, companies may lose competitiveness by having to transfer these costs to their prices, which is why the income agreement is so important.” Comín adds to that list that on the public debt side, which closed 2021 at 118.4% of GDP, the margin is less than before to launch anti-crisis plans. “The Transition began with the public debt counter (and its percentage in GDP) practically at zero [en 1975, año de la muerte de Franco, era del 7,3%], with which it could be used to finance the creation of the Welfare State”. Back then, however, the state barely provided public services.

Spain, among the countries with the highest inflation

In recent months, Spanish inflation has been above that of Europe. And the distance, from 1.7 points in February, has grown even more in March, and is now 2.3 points —9.8% vs. 7.5% in the euro zone—. The phenomenon reverses the trend that followed the financial crisis, when Spain used to keep prices slightly below its partners due to lower domestic demand. And so it returns to its traditional position: at the beginning of the 2000s, and especially in the 1970s and 1980s, Spanish inflation used to exceed that of its community neighbors.

One of the factors that analysts consider key to explain why Spain was the fifth country in the euro with the highest inflation in March is the way in which it calculates the price of electricity. Unlike other States, it does not include long-term contracts on the free market, and only accounts for the prices of the regulated rate, which is more volatile. INE sources assure that they are working with the electricity companies to correct it, but they still do not know how long it will take to correct this anomaly.

There are other reasons: the strike of carriers is an exclusively Spanish movement that has been able to translate into price increases caused by shortages. For example, the data from the automobile sector is striking: barely 60,000 cars were sold in March, compared to 86,000 in the same month of the previous year, 30% less.

The inflationary earthquake has overshadowed the recovery, which was to take advantage this year of the end of the restrictions due to the pandemic to make us forget the times of opening up on the back of the enormous public stimuli deployed by European funds. Like two giants pulling on the opposite end of a rope, inflation and growth are now in a bitter dispute to be the protagonists of the year.

At the moment, there is a clear advantage for the former, which fuels fears of stagflation —inflation without growth—, but for Xavier Brun, director of the Master’s in Banking and Finance at UPF-BSM in Barcelona, ​​not even price increases they will contain a certain post-pandemic consumerist euphoria. “After almost three years of restrictions, if we held a referendum in Spain right now, a majority would tell you that they want to travel. We have spent on products and now there is a desire to spend on services. In restaurants, travel and hotels. That growth caused by the desire to return to normality can take us away from stagflation, ”he predicts.

For Cardoso, from BBVA Research, the war is also going to change travel decisions. “Spain is going to receive many tourists who do not want to be close to the conflict and in a normal situation they would have gone to Eastern Europe or to countries like Greece and Turkey.” He also hopes that the streamlining of projects linked to European funds will help speed up activity. Instead, he sees storm clouds in the stoppages in the electro-intensive industry, which threaten to generate new bottlenecks, and in the new lockdowns in China due to the strict strategy of zero covid promoted by Beijing, which adds pressure to global supply chains. .

Teach dogs to give hugs? better not

the center-left wins but will need support

“As soon as I can, I’m leaving here”: being a health worker in saturated cities in summer | Economy

Russian attacks on refineries and warehouses leave Ukraine short of fuel | International
May 7, 2022

The anti-vaccine German couple who held their two daughters in Paraguay surrenders to the police | International
June 11, 2022

Russia: Fear of closing borders after Putin’s mobilization accelerates the departure of Russians to Georgia | International

Video | Kalashnikov 101: the first lesson with an assault rifle | International

Exodus of internationals in Palma Futsal

In the Châteaudun market little is said about the presidential elections in France | International
April 8, 2022

Biden collides with mistrust in his attempt to salvage US influence in Latin America | International
May 22, 2022