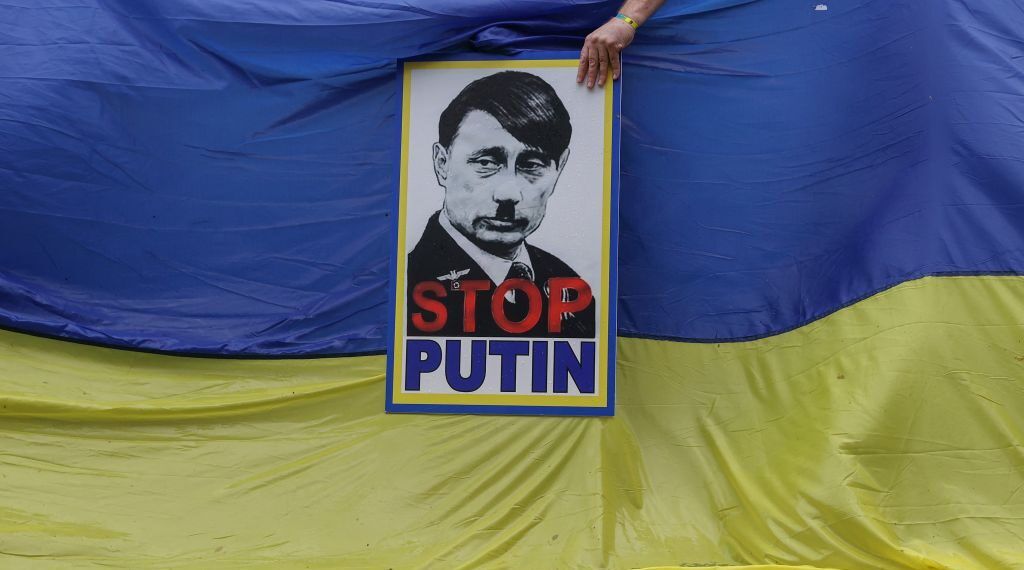 Russian President Vladimir Putin made the decision. He brought war to Ukraine. This is a defining moment for Europe. For the first time since the Balkan wars of the 1990’s, which were confined to the disintegrating region of Yugoslavia, the continent has once again witnessed the bombing of cities and rambling squads of tanks. But this time, start fighting a nuclear superpower.
By ordering the invasion, Putin is showing a blatant disregard for international treaties and the law of nations. Europe has not witnessed a similar event in Europe since the time of Hitler. According to Putin’s recent statements, Ukraine has no right to exist as a sovereign country – even though it is a member of the United Nations, the Organization for Security and Cooperation in Europe, and the Council of Europe; Even though Russia itself (in the era of Boris Yeltsin) recognized its independence.
Now, Putin claims that Ukraine An integral part of Russia. He doesn’t care what the majority of Ukrainians think on this matter, whatever it is; Nothing is more important than Russia’s greatness and international standing. But it is important to realize that Putin wants more from Ukraine. Indeed, Putin is fighting this war against the entire European system, which rests above all on the inviolability of borders. In his quest to redraw the map by force, Putin hopes to reverse the European project and re-establish Russia as a pre-eminent power, at least in Eastern Europe. So, the humiliations of the 1990s must be erased, with Russia once again becoming a global power, on a par with the United States and China.
According to Putin, Ukraine does not know the imitation of the state, and it has become only an instrument of the expansion of America and the North Atlantic Treaty Organization (NATO), which poses a threat to Russia’s security. In a bizarre speech the day before his troops stormed the border, Putin went so far as to claim that Ukraine was trying to obtain nuclear weapons. In fact, when the Soviet Union collapsed in the early 1990s – Ukraine – then the world’s third-largest nuclear arsenal – handed over its nuclear weapons to Russia with the active diplomatic support of the “vicious” US.
Ukraine did this only because it had received “guarantees” of its territorial integrity, as stated in the Budapest Memorandum on Security Assurances of December 5, 1994. This document was signed by the guarantor powers: the United States, the United Kingdom, Russia, as well as Ukraine and Belarus and Kazakhstan (the latter two have given up their smaller nuclear arsenals inherited from the Soviet Union).
In fact, Putin’s statements, which contradict historical facts, are nonsense. His primary objective is clearly to give his people a justification to invade Ukraine. After all, Putin knows that the average Russian, if given the choice between a war for domination of Eastern Europe and a better and more prosperous life at home, will prefer the latter. As is often the case in Russian history, the country’s rulers are now robbing the Russian people of their future.
The rise of Russia to the status of world power in the nineteenth and twentieth centuries caused many tragedies not only for the neighbors it gradually subjugated and absorbed, but also for its own people. China’s current leaders, in particular, should bear this history in mind, and heed the fact that imperial Russia took more land from China than any other colonial country.

What Putin does not seem to realize is that Russia’s long-standing policy of hegemony over foreign peoples in its sphere of influence is making other countries focus on how to escape the Kremlin’s geopolitical prison at the first opportunity, with NATO protection. The eastward expansion of the alliance after 1989 attests to this dynamic. Ukraine wants to join NATO not because NATO intends to attack Russia, but because Russia has increasingly demonstrated its intent to attack Ukraine. And now I did.
We should remember that in the 1990s Russian propaganda accused the West of orchestrating all kinds of evil plans. None of these plots came true at the time, when Russia fell, because those Western plots did not exist at all. The accusations were pure nonsense to instill fear.
The Russian imperial project has always been characterized by a mixture of domestic poverty, brutal repression, megalomania, and global power aspirations. Nevertheless, Russia proved highly resistant to modernization – not only under the Tsars, and then under Lenin and Stalin, but also under Putin.

Living standards in Russia are in decline
Joschka Fischer

We only have to compare the Russian economy with the Chinese economy. Both powers adopt authoritarian regimes, but per capita income in China has recorded strong growth, while living standards in Russia have been declining. Historically, Putin is pushing Russia into the nineteenth century, in search of the greatness of the past, while China is making its way to become the superpower shaping the twenty-first century. While China achieved unprecedented economic and technological modernization at its speed, Putin was pumping revenue from Russian energy exports into the military, once again robbing the Russian people of their future.
Ukraine has tried to escape this never-ending cycle of poverty, oppression, and imperial ambition with its increasingly clear orientation toward Europe. Indeed, a successful European-style liberal democracy in Ukraine would have threatened Putin’s authoritarian rule. The Russian people had to ask themselves and their leaders “Why not us?”
Putin would not have found a satisfactory answer to give them, and he knows it. This is the reason why Russia is in Ukraine today.
Translated by: Ibrahim M. Ali
Copyright: Project Syndicate, 2022.
www.project-syndicate.org

The kidnapping of United Nations employees in Yemen .. a tribe intervenes to mediate

Washington condemns the move to evacuate civilians in eastern Ukraine

You’ll Want To Use A Lemon Every Day With These Tips! Here Are The Beauty Secrets Made With Lemon
3 hours ago

NFT and Blockchain statement from the President of YÖK

Colombia accuses Russia of “interfering” on its border with Venezuela
February 5, 2022

Colombia accuses Russia of “interfering” on its border with Venezuela

Bitter news from the Operation Claw-Lock region
5 days ago

It has been missing since April 25! He confessed to killing and burying his friend
3 weeks ago

It has been missing since April 25! He confessed to killing and burying his friend

The ‘I’ that ideology cannot see in Necip Fazıl’s poem

A British family breaks the famous belief .. the number of its children
February 13, 2022

A British family breaks the famous belief .. the number of its children

Future Party Temurci: We will continue to fight against Pelikan
May 13, 2022

Future Party Temurci: We will continue to fight against Pelikan

Try This Method To Lose Weight Fast At Home Without The Gym For Just 15 Minutes A Day!

age is just a number.. "Senior" The miracle of the new century