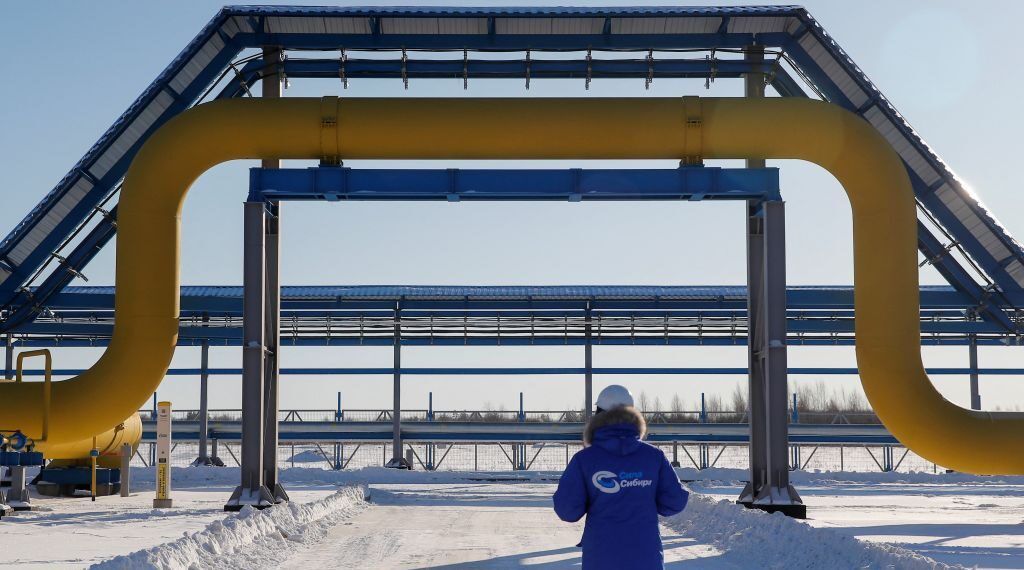 German Finance Minister Christian Lindner expressed his country’s fears that it would retaliate Russia On Western sanctions, in the event of a war in Ukraine, by cutting off gas supplies, a step that could disrupt the largest economy in Europe, announcing the development of an emergency plan to counter this.

“Russia has always been a reliable supplier of natural gas to Germany, even at the height of the Cold War,” Lindner noted in an interview with the Financial Times. “But that could change if Russia invades Ukraine, and the West passes tough sanctions on Moscow.”

Lindner added: “If we look at the Cold War, despite all the events it witnessed and the political tensions, but that never led to any harm to cooperation in the energy sector,” noting that “things may be different now.”

The United States said this week that Russia could invade Ukraine within days, after massing an estimated 150,000 troops on the Ukrainian border.

Western countries have warned Russian President Vladimir Putin of “serious economic consequences” if he attacks his western neighbor Ukraine. Germany explained that this would include stopping the Nord Stream 2 pipeline, which transports Russian gas directly to Europe under the Baltic Sea.

Last week, during German Chancellor Olaf Schulz’s visit to Moscow, Russian President Vladimir Putin said cooperation with Germany was a “priority” and that “Russia is a reliable supplier of energy.”

The German minister indicated that his country “takes seriously Moscow’s response to the expected Western sanctions by stopping the pumping of gas to Europe.” Russian gas accounts for 40% of European consumption.

Christian Lindner said, “Germany has put in place contingency plans to provide alternative supplies of gas, if Russia stops the flow of its gas.”

Russia is blackmailing Europe with a gas weapon

The growing tension over Ukraine coincided with rising gas prices in Europe, amid lower-than-expected supplies from Russia, as well as increased demand from economies emerging from the Corona pandemic.

“Gazprom, a Russian state-owned company, is deliberately trying to store gas and export as little of it as possible,” European Commission President Ursula von der Leyen said during the Munich Security Conference, Saturday. The company has resorted to this very strange method.”

According to the Financial Times, these developments have convinced many in Berlin that Russia is ready to use its energy exports to pressure the West, despite Moscow’s denial of its intention.

Poland refuses to face Russia in the World Cup qualifiers

Saudi Arabia .. Launching the first site to recover from addiction to watching pornography

A new case of harassment in Morocco .. the victim is a teacher in the Midelt region

Putin under the weight of external sanctions and internal pressures

800 people joined the CHP in Mardin
10 mins ago

Absolutely no tolerance for hoarding and opportunism
32 mins ago

Last minute: Joel Pohjanpalo’s sharing became an event! Will he be transferred to Beşiktaş?

The leader of the “Brotherhood Party” in Israel rejects the word “apartheid”
February 11, 2022

Kaftancıoğlu reaction from the Future Party: A blow to democracy
4 days ago

Kaftancıoğlu reaction from the Future Party: A blow to democracy

Johnson: We welcome Putin’s commitment to a diplomatic solution to the Ukraine crisis
February 20, 2022

Johnson: We welcome Putin’s commitment to a diplomatic solution to the Ukraine crisis