The Tunisian tennis player confirmed Anas JaberThe Egyptian player, Mayar Sherif, has high technical potential, and is able to make greater strides in the world of tennis, expressing confidence in her ability to achieve the best results in the future.

Anas Jaber, ranked tenth in the world and first in the Arab world, had surpassed Russian Vera Zvonareva, ranked 82 in the world, in two groups to one in the first round of the Dubai Duty Free Tennis Championships, while Mayar lost

Sherif, ranked 66 in the world, participated in the tournament with a wild card, in the same round, after losing to 15th-ranked Ukrainian, Elina Svitolina, in two sets without a response. 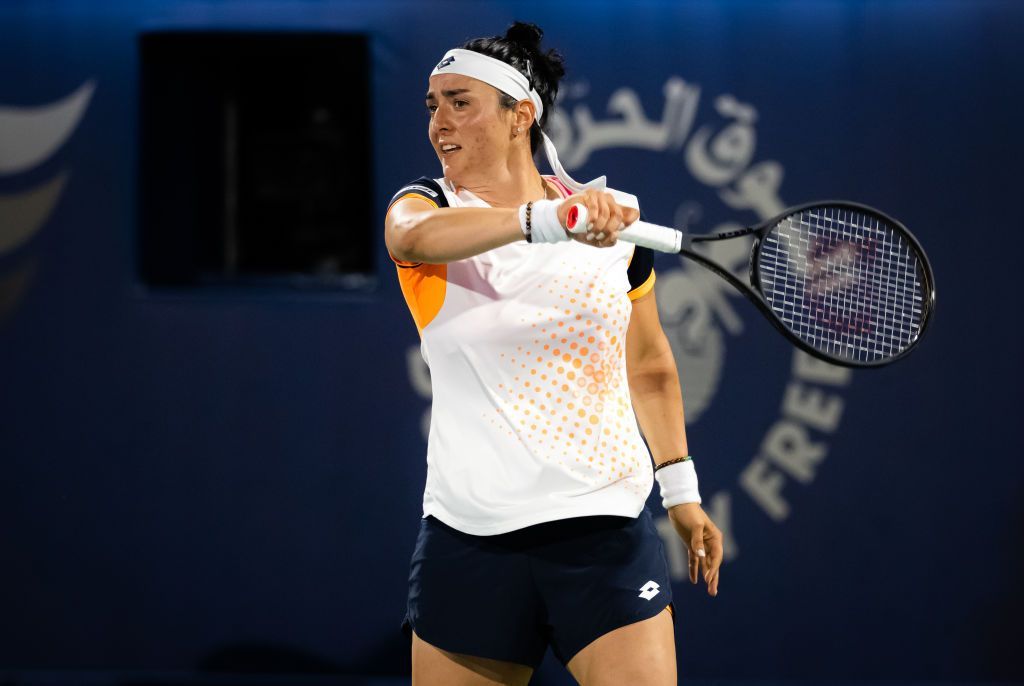 Jaber explained that the participation of more than one Arab player in the Dubai Duty Free Tennis Championship is a matter of pride, and she said: “Mayar is a great player, she made sure to watch part of her first match against the Ukrainian Elina Svitolina, she performed well, and she was keen

I have to meet her and her team. I hope that she will develop and improve in the future. I know that it is not easy to start such tournaments with confrontations of this kind. I have been through such situations and I know that winning the first matches is very difficult.”.

She added: ” I am 100% sure that it will reach higher levels, and I hope it will improve in the future “. And about her ambition to win the title Dubai Duty Free Ladies ChampionshipAnas said, ” I know that the competition is very difficult, and I am coming back from an injury and a layoff, the most important thing for me now is to win more matches and get back in shape.

Physically, and to try to maintain my presence in the list of the top 10 players in the world”.

She added ” Of course, winning the Dubai Championship is always in my mind, but I must be frank and be patient with myself, this is my first participation after returning from injury, and I have not played for a long time, so it is not normal for me to

I return to competitions after a 3-month hiatus and I expect to win the title. I say this so as not to make things difficult for myself, and not disappoint me.”.

She explained that there are goals that she is currently striving to achieve, which is to win as many matches as possible, restore confidence, maintain her health and prepare for her fitness, stressing that her presence in an Arab country such as the UAE is a great motivator for any 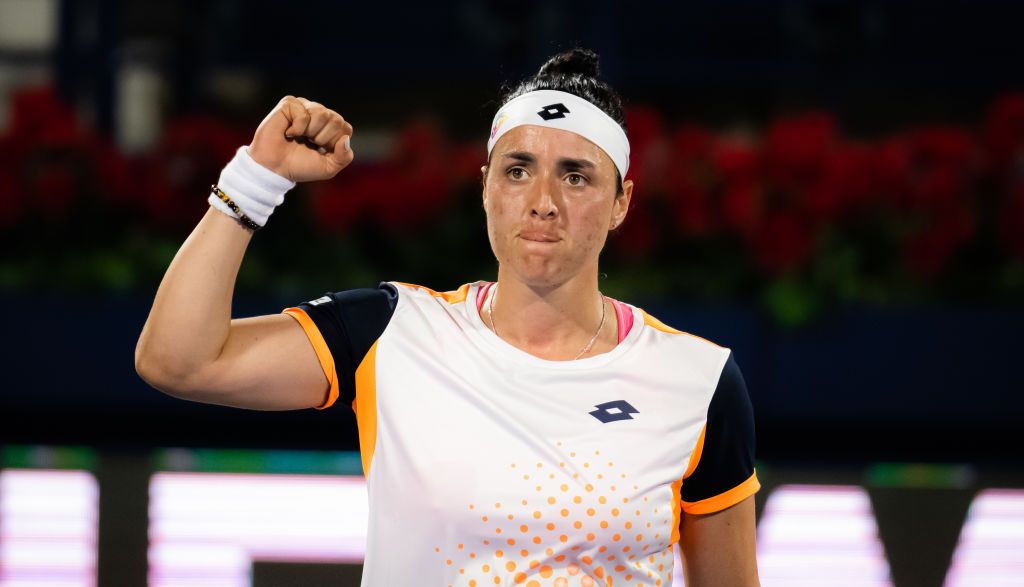 Great difficulties in my first match in the championship, and I was not at the desired level, but the audience’s stance with me helped me overcome the obstacle of this match and achieve victory, and I hope to see a greater Arab public presence in the upcoming matches.”.

It is indicated that Anas Jaber Qualified to the quarter-finals ofDubai Open Tennis Tournament Yesterday evening, Wednesday, after defeating the American Jessica Pegola In two sets without a response, 6-3 and 6-1.

According to her current classification, Jaber is considered one of the most nominated players to win the title, especially since she has been participating in the tournament since 2012, and she was not aware that she was facing a difficult path to regain her full fitness after a back injury that forced her to After the match, Anas Jaber expressed her great happiness at reaching the quarter-finals, stressing that she will do everything in her power to continue the adventure in Dubai.

I’m going to play at a slow pace, as my injury will kind of hamper my game and I have to be realistic in my decisions

Jaber said: “I’m going to play at a slow pace, as my injury will kind of hamper my game and I have to be realistic in my decisions, my main goal is to

To be healthy and to win, every game I win is a bonus, the season is still long, I don’t want to put unnecessary pressure on myself, no

I want to be disappointed then, I hope I can continue like this “. 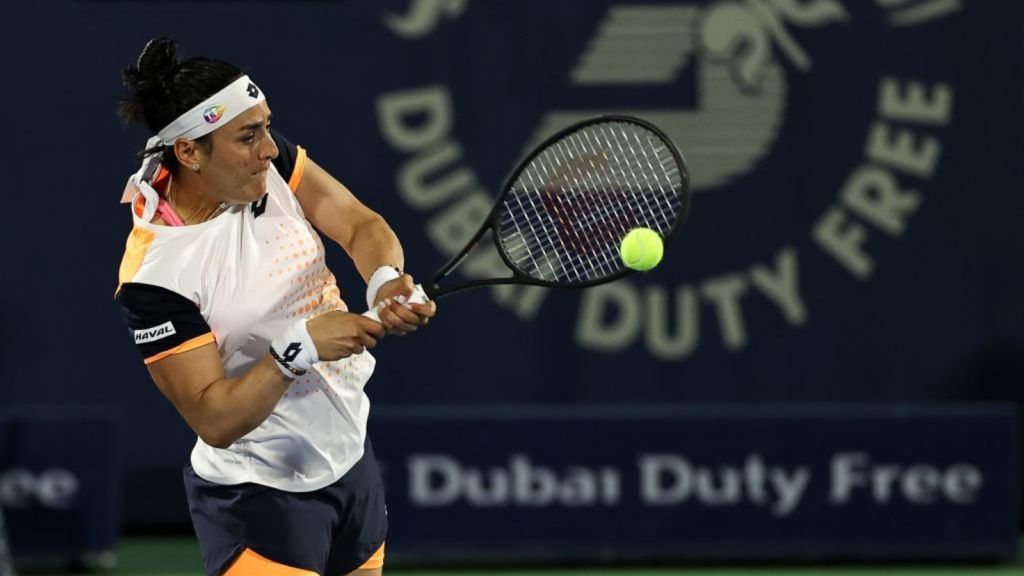 Jaber will have a second date with Simona Halep, the two-time champion, as Halep ousted Jaber last year in the second round of the tournament, and Halep also advanced to the quarter-finals after defeating her Romanian compatriot Elena.

Gabriel Rossi qualified for the preliminary rounds with two sets without a response 6-3, 6-2/.

Novak Djokovic, to win his sixth title in Dubai.

Absolutely no tolerance for hoarding and opportunism
20 mins ago

Trabzonspor announced the artists who will participate in the championship celebration

Ukraine defies Russia… with “lethal weapons” that change the balance of the battle
February 16, 2022

The war in Ukraine .. Egypt calls for an emergency Arab meeting
February 27, 2022

The war in Ukraine .. Egypt calls for an emergency Arab meeting

Kılıçdaroğlu met with the families of Gezi trial detainees

The Saudi Ministry of Hajj officially cancels the Umrah visa for this category| Steps for booking arrivals
February 23, 2022

The proceeds of “huge” donations in Ukraine in support of the army
February 26, 2022

Zelensky calls on the West to impose a no-fly zone for Russian planes
February 28, 2022