The war did not break out as expected.. How was the impact of life in Ukraine today?

Here came February 16 without the war in Ukraine as expected, but although the war did not take place on the ground, it did happen in the souls as the whole world was ready waiting for the events of the day, and the Ukrainians were very worried for their homeland and destiny.

Since war did not break out, how was life in Ukraine today? How did the Ukrainians live in the last hours before and during February 16? 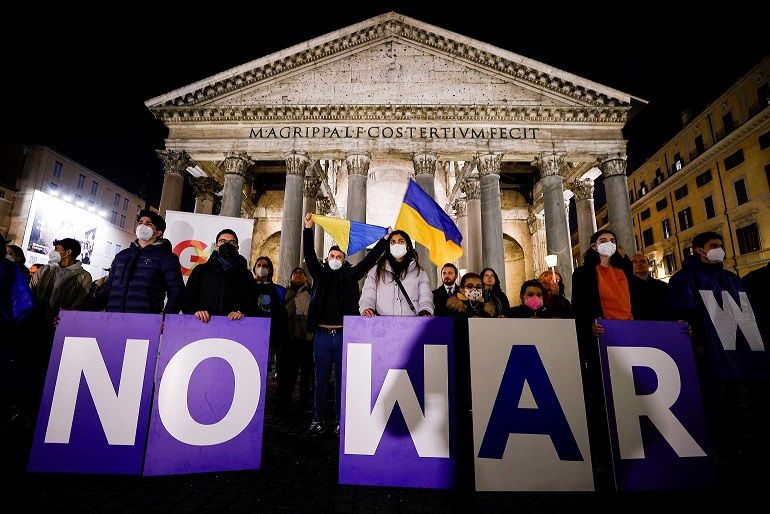 The night was worrying for many Ukrainians. Yesterday, the British newspaper The Sun, citing US intelligence, reported the exact time of the Russian attack on Ukraine, and set it at 3 am in Kiev on Wednesday, February 16.

Other sources did not confirm this information, except that it was reported on February 16 in many Western media before, and people were discussing with remarkable enthusiasm the potential threat on social media, some warning of the danger and others sarcasm. In summary, the conclusion indicates that the attack did not happen, despite the fact that the websites of the Ministry of Defense and the largest Ukrainian banks were subjected to a cyber attack yesterday, and according to preliminary estimates, the attack is strong and has never occurred before.

According to what the US and British intelligence said today, at least 100,000 Russian soldiers are stationed in the Ukrainian border areas and occupied Crimea.

The Russian fleet is stationed in 11 large landing ships in the Black Sea. In addition to the airborne units, Russia has moved aircraft and up to 60 Iskander launchers to Belarus, where the Allies of Resolve 2022 military exercises are taking place. However, the possibility of a diplomatic solution to the crisis is still under discussion. 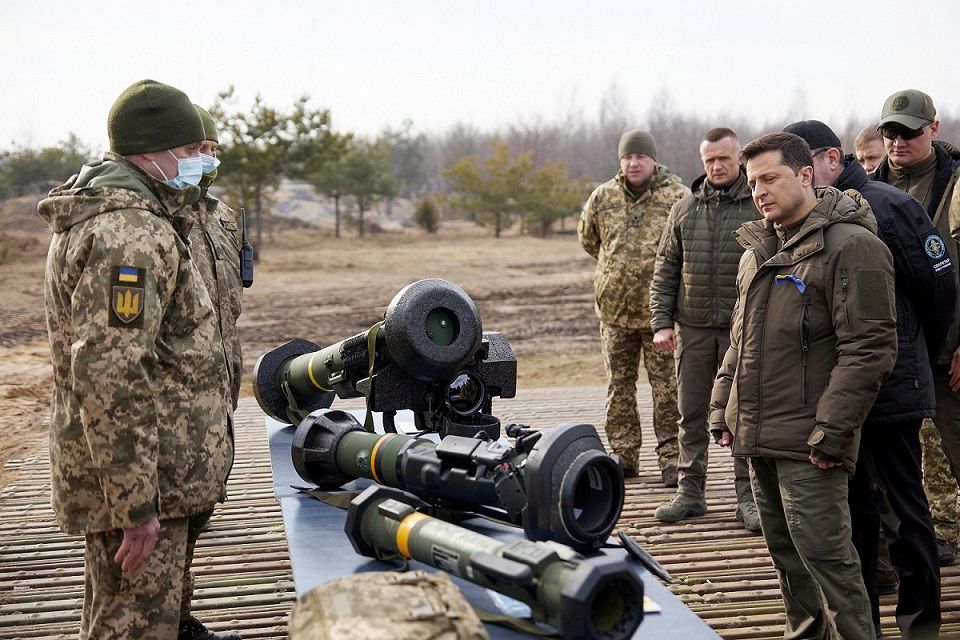 Today, February 16, the president replied Volodymyr Zelensky On the possible date of the Russian invasion of Ukraine, he emphasized that “the Ukrainian army today is stronger than ever.”

At the same time, he declared February 16 as National Unity Day and called on everyone to “hang up national flags, wear blue and yellow ribbons to show our unity to the world,” and the whole country sang the national anthem.

Svetlana, an employer, believes that “Russian aggression against Ukraine is not only a problem for our country, people all over the world should think about it because it can be a starting point for war.” In turn, Jaroslav, an information technology specialist, confirmed that he does not feel “worried about the war, I think more about my family and my work, I focus more on those aspects, and I do not think about escaping in the event of the worst.”

Igor, an engineer, joins the position of those who consider that there will not be a “large-scale invasion, this should not be expected, because our intelligence data says that the strength of our enemy Russia is not enough and Ukraine will show its resistance well. Perhaps there will be missile launches, there is speculation that they will be launched from Belarus Or maybe even Lviv unfortunately.”

On his opinion on the day of unity declared by the president, he said: “It is to mobilize the psychological spirit of the Ukrainians, to remember our unity because our strength is only in our unity. But that does not play a big role now, as this holiday was announced only a few days ago and many do not even know about it nor They understand it, I think it’s a bit of a populist movement.” Danilo, a business analyst, went down to the construction market looking for a few things, but found that the Ukrainians were playing and singing. Says:“I stood up and started singing like a lot of people who were in the market, some of them were thinking and some were just listening and I think at that moment everyone understood that we are a country, we make up our nation.” Because nobody needs it on both sides and because Russia is not as strong as it appears.”

But if the war did not break out today, is it reasonable to be with an actual date for it in the coming days, or will the wheel of the solution be faster than the wheel of war?

Muhammad Ramadan provokes his fans with a gold toothpaste!

Tunisian President: Establishment of a commission to investigate the looted funds

Trending Live | How are the Arabs in Ukraine treated with the war?

Dangerous game of little boy! His body burned when he burned the gas can with a lighter
11 mins ago

Sweden’s lie revealed: It embraced the PKK again
16 mins ago

NASA: Two asteroids will approach Earth within days… This is the risk ratio

Putin’s lightning plan was fast.. “stumbling block” slowed everything down

UAE and Turkey sign cooperation agreements and memoranda of understanding

The best ways to preserve the phone battery for a long time for all Android and iPhone systems
February 7, 2022

US talks with “Asian partners” to curb China’s influence
February 11, 2022

US talks with “Asian partners” to curb China’s influence

Steps and link to register for quick personal finance from the Salfa 1443 platform
February 19, 2022

Erdogan: Cooperation between Turkey and the UAE is important to the stability of the region
February 14, 2022

Erdogan: Cooperation between Turkey and the UAE is important to the stability of the region

Klopp: Haaland’s move to Manchester City will bring new levels to the team
6 days ago

Klopp: Haaland’s move to Manchester City will bring new levels to the team