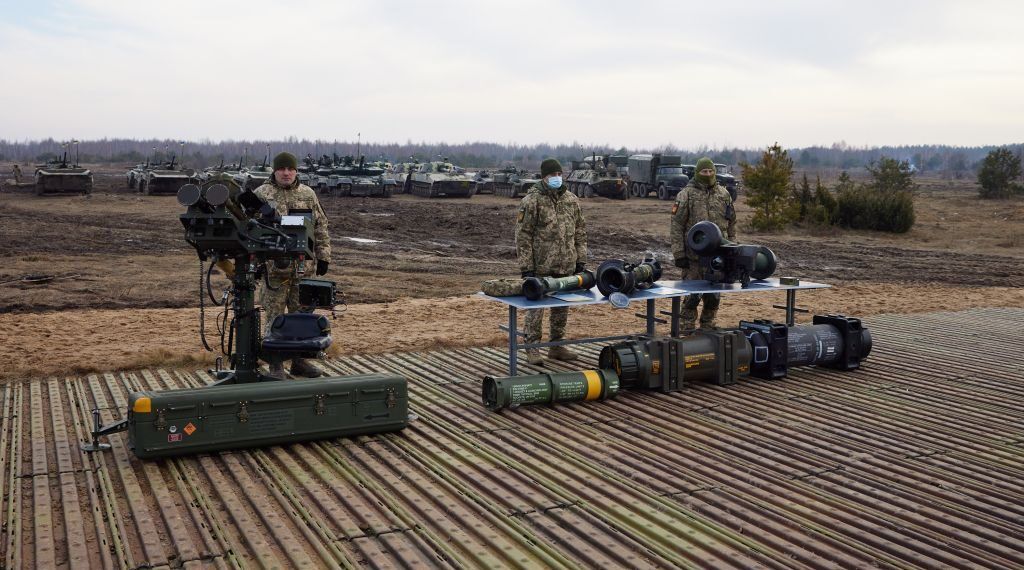 How long will Russia continue its escalation against Ukraine?

6 member states confirmed the European UnionAny military aggression by Russia against Ukraine would have “serious consequences” and “unprecedented costs”.

The six countries, which are France, Germany, Ireland, Estonia, Albania and Norway, stressed in a joint statement issued after the Security Council session on the situation in Ukraine held Thursday, their full support for the independence of the country.

Sovereignty and territorial integrity Ukraine within its internationally recognized borders in accordance with the principles of the Charter of the United Nations.

It also called on these countries to fully implement the Minsk agreements, starting with the unconditional commitment to the ceasefire, and demanded that Russia engage constructively and fulfill all its obligations, including on humanitarian issues.

and security, to make progress in the full implementation of the Minsk agreements.

For his part, NATO Secretary-General Jens Stoltenberg said Thursday that the alliance is concerned that Russia is trying to create a pretext to invade Ukraine, commenting on reports of bombing across the ceasefire line in the Donbass region in eastern Ukraine.

“We are concerned that Russia is trying to create a pretext for an armed attack on Ukraine, and there is still no clarity or certainty about Russian intentions,” he said after a two-day meeting of NATO defense ministers in Brussels.

The US State Department announced Thursday that Russia Bart Gorman, the second official at the US Embassy in Moscow, was expelled, denouncing an “escalation” over the Ukraine crisis.

“We call on Russia to stop the baseless expulsions of American diplomats” and “we are studying our response,” a US State Department spokesman said.

He explained that the diplomat left Russia “last week”.

This announcement comes as Moscow delivered to US Ambassador John Sullivan its written response to Washington’s proposals regarding security in Europe, and while the US government accused Russia of heading towards an “imminent invasion” of Ukraine.

An upcoming attack on Ukraine

US Secretary of State Anthony Blinken urged Russia to “abandon the course of war,” during a session of the UN Security Council in New York on the Ukraine crisis.

He is here today, not to start a war, but to avoid its outbreak,” noting that he suggested to his Russian counterpart, Sergey Lavrov, that they meet “next week in Europe.”

“I have no doubt that the response to my statements here today will be more denial on the part of the Russian government,” he added. He said, “Our information clearly shows” that the Russian forces massed on the Ukrainian border, “including…

It has ground forces and aircraft, preparing to launch an attack on Ukraine in the coming days.”

How does Putin think? The real reason behind the invasion of Ukraine

In numbers.. the last statistic of ISIS’s criminality against the Yazidis

Houthi militias receive another painful blow from the Yemeni army

Kılıçdaroğlu statement from SADAT: We would have met if he had made an appointment
18 mins ago

The world appreciated the great success in our economy!
29 mins ago

The cousin of the CHP president confessed to the dirty relationship… He couldn’t stand the corruption he witnessed any longer.
4 days ago

The cousin of the CHP president confessed to the dirty relationship… He couldn’t stand the corruption he witnessed any longer.

OGM strengthens its air fleet: It can operate in the toughest terrain conditions
2 days ago

OGM strengthens its air fleet: It can operate in the toughest terrain conditions

Representation of injustice ‘man with ugly face’
3 days ago

America will not act on Sunday evening… on a date with “crazy numbers”
February 13, 2022

Ziyech: I will not return to the Moroccan national team, and the decision is final
February 8, 2022

Ziyech: I will not return to the Moroccan national team, and the decision is final

Veteran goalkeeper who fell ill during the match dies