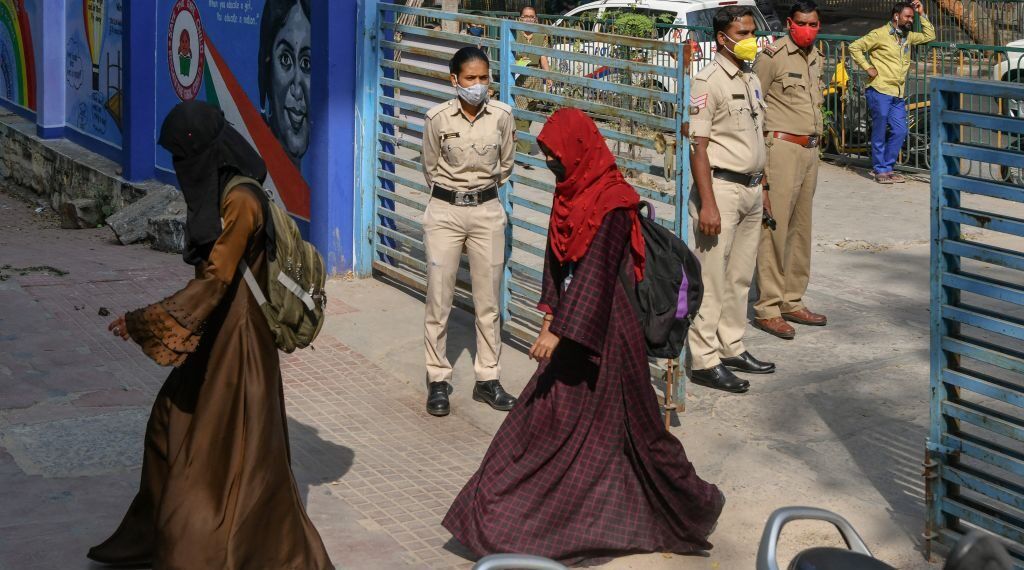 The recent protests in the state of Indian Karnataka about wearing hijab In educational institutions about sectarian divisions increasingly fueled by divisive political campaigns, these disagreements are so severe that they have led to the closure of

Temporary school in the state because of the case.

A report of the organization Human Rights Watch The Karnataka government restrictions on wearing headscarves in schools and colleges India’s obligations under International Human Rights Law who guarantees the right to freely express his religious beliefs,

Freedom of expression, education without discrimination.

The Karnataka state government has upheld the ban on Muslim female students from covering their heads in the classroom, claiming it is for public safety.

While many Indian Muslim citizens have resorted to social media to express discriminatory and misogynistic views; or argue against them.

Many claim that the veil is often imposed on Muslim women, and that those who demand freedom of choice are causing harm.

However, banning the use of religious clothing, or forcing women and girls to dress in a certain way, undermines their right to choose their own clothing.

Some conservative Muslims insist that the headscarf protects women from sexual harassment, and this reflects a broader view across Indian society that receives

Blaming women for being targets of assault for their choice of clothing, many supporters of the ban on headscarves also support the BJP

The governor, some of his leaders who previously called for a ban on jeans and skirts, or said that rapes don’t happen when people practice “values”

The argument that women’s clothing is either a protection or a provocation in sexual assault situations is a form of victim blaming, providing an easy excuse to avoid the difficult task of creating effective mechanisms to prevent violence against women

and girls and respond to it and punish the perpetrators in a way that supports the survivors.

Rather than getting involved in societal politics, Indian authorities should focus on protecting the rights of all women and girls, including freedom of religion, expression and education.

Hundreds of veiled and veiled women in the Pakistani city of Karachi organized a protest against the ban of some educational institutions in southern India for Muslim students to wear the veil.

The demonstrators carried banners denouncing the ban, chanted slogans against the government of Indian Prime Minister Narendra Modi and denounced “the persecution of Muslims.”

Houthi militias receive another painful blow from the Yemeni army

A bright future awaits you
8 mins ago

A bright future awaits you

Guterres: Russian soldiers should “return to their barracks”
February 26, 2022

Guterres: Russian soldiers should “return to their barracks”

Minister Özer announced the application and exam dates! will be held for the first time
May 13, 2022

Minister Özer announced the application and exam dates! will be held for the first time

Burak Özçivit, who was on trial for insulting the set workers, was sentenced
July 5, 2022

Burak Özçivit, who was on trial for insulting the set workers, was sentenced

Huawei launches a new version of its giant phone Huawei Mate X2 at a fantastic price and great specifications
February 14, 2022

Great news for all dog owners! Another good reason to own a dog!
1 day ago

Great news for all dog owners! Another good reason to own a dog!

You Will Be Surprised To Hear The Foods That Intake The Calcium In Milk! Here Are Those Foods
May 13, 2022

You Will Be Surprised To Hear The Foods That Intake The Calcium In Milk! Here Are Those Foods