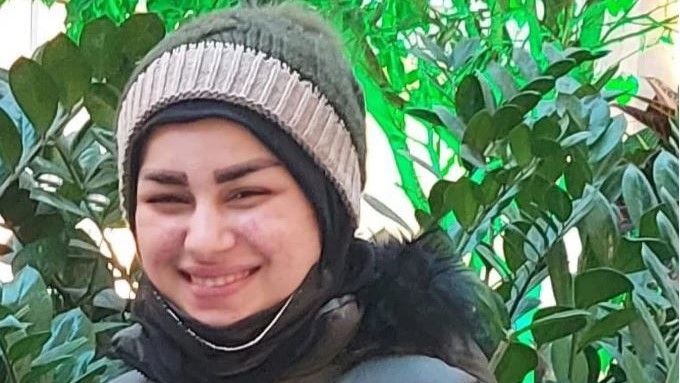 It was also published by the Iranian news site “Rukna”, so the authorities in the country blocked the site.

It was reported that the accident occurred in the city of Ahvas, located in the southwestern province of Khuzestan, on Saturday, February 5th.

This crime sparked intense debates in Iran about the laws relating to so-called “honour killings” in the country.

And how this type of crime is covered by the media.

According to news received by the BBC Persian Service, the girl, named Mona Haidari, has a three-year-old child, and she fled to Turkey because of her husband’s “violent behaviour”.

The public prosecutor of the city of Ahwaz, Abbas Hosseini Boya, said that Mona’s husband and father, found her in Turkey and returned her to Iran.

Before his arrest, this tape was widely circulated on social media.

The following day, the Iranian Workers’ News Agency (ILNA) reported that two brothers had been arrested four hours after the crime, and that they had confessed while in custody to beheading the girl.

“They have been submitted to the judicial authority,” the agency quoted police colonel Sohrab Hossein Nejad as saying.

Local media later reported that authorities had arrested the man and his brother on charges of “murdering the man’s wife”, adding that the motive for the crime was “possibly family problems.”

In an interview with the Iranian news website Entekhab, Mona’s father said that he went to Turkey with the father of his daughter’s husband, to return her to the city of Ahwaz.

According to the victim’s father, his daughter was originally taken from Ahwaz, then taken to Tehran, and from there to Turkey by a “people-smuggling gang”.

He says that a Syrian smuggler in Turkey blackmailed the family into paying a sum of money in exchange for Mona’s release.

The father denied that his daughter wanted to divorce her husband, Sajjad, but confirmed that she was a child when he agreed to marry her.

He subsequently obtained a court certificate of “physical capacity” as evidence to prove that Mona “is capable of enduring the marital relationship.”

Mona’s father says that he filed a criminal complaint in court against the husband, accusing him of killing and “beheading his daughter”, stressing that he had no intention of pardoning or pardoning him.

Many social media users condemned the horrific murder, and used these platforms to discuss women’s rights in Iran under hashtags such as #Ahvaz, #Honour_killing (honor killings) and #child_marriage (underage marriage).

Some users also criticized not mentioning the victim’s name in the news, saying that she was “discriminated against even after her death”.

Several Iranian newspapers published the news on the front page.

The reform-oriented newspaper “Ebtikar” wrote: “Violence against women is a social issue… and it leads to divorce, running away from home and honor killings.”

As for the hard-line newspaper “Javan”, it criticized the publication by some media of videos showing violent scenes

“People’s rights include the right to information. But showing pure violence and violent footage is a red line for every professional media outlet in the world,” she said.

Iran’s Audiovisual Media Regulatory Authority also banned “publishing any of the aforementioned images and scenes, including photos and videos.”

The official Iranian news agency (IRNA) quoted the acting director of the “Rukna” website, Masoud Ebrahimi, as confirming that the website bears responsibility for the “miscalculation.”

“We accept the ruling and (realize) that the video may have upset public opinion. Mistakes happen in the press and we are no exception,” he said.

Ebrahimi added that they hope to “create a new environment” at Rokna by introducing some changes to the editorial team once the ban is lifted.

Iranian Prosecutor General Mohammad Jaafar Montazeri also condemned the publication of the clip, but indicated that “his office will not take legal action against Rokna at the present time.”

Mona Haidari’s crime brought to mind another horrific crime in which the victim, Romina Ashrafi, was beheaded

She was 14 years old, at the hands of her father, who objected to her relationship with her 35-year-old boyfriend, and opposed their marriage.

Which prompted the authorities in Iran To issue a law, after that crime, aimed at protecting children and adolescents from violence.

There are no official statistics on the prevalence of so-called “honour killings” in Iran, but according to the BBC’s Media Monitoring Department, some studies estimate that there are between 375 and 450 crimes each year.

A study published by the Iranian Police Department in 2019 revealed that up to 30 percent of murders in Iran were related to the topic of “honour”.

Watch live.. Biden’s speech to comment on the Russian invasion of Ukraine

Make Carrot, Walnut and Cinnamon Cake Easily with Ingredients You Have at Home! Here is the Rice Carrot Cake Recipe!
12 mins ago

You’ve Never Eaten Like This Before! Here is the Practical Mücver Recipe with All the Tips!
23 mins ago

Kılıçdaroğlu statement from SADAT: We would have met if he had made an appointment
45 mins ago

Monitoring the highest wave in the world .. And scientists describe it as “evil”

While the Johnny Depp – Amber Heard case continues, Wayne Rooney and Jamie Vardy’s wives are on the agenda in England! Details of the Coleen Rooney and Rebekah Vardy case…
5 days ago

While the Johnny Depp – Amber Heard case continues, Wayne Rooney and Jamie Vardy’s wives are on the agenda in England! Details of the Coleen Rooney and Rebekah Vardy case…

Daily horoscope for Wednesday, May 11
7 days ago

Daily horoscope for Wednesday, May 11

Shares of 139 companies fell on the “Nikkei” Japanese stock index

Two Turkish officials in Jerusalem in preparation for the visit of the President of Israel to Ankara
February 17, 2022

Rashford sues an Egyptian citizen .. Details of the “strange” story

AK Party will always be with you
2 days ago

AK Party will always be with you

Despite the ongoing battles, an Egyptian decision brings together Russian and Ukrainian tourists
February 24, 2022

Despite the ongoing battles, an Egyptian decision brings together Russian and Ukrainian tourists