Hong Kong leader Carrie Lam said Hong Kong is mired in an intractable fifth wave of coronavirus cases, although deaths in the China-controlled global financial hub are still far fewer than in cities of a similar size, since the pandemic swept the world two years ago. .

Daily infections have increased 13 times over the past two weeks, from about 100 cases at the beginning of February to more than 1,300 cases on February 13, but the authorities are still trying to control the outbreak. CoronaWith the number of cases rising, Hong Kong leader Carrie Lam issued a statement on Monday saying her administration would coordinate with Chinese officials to address the “aggravating situation.”

“The onslaught of the fifth wave of the epidemic dealt a heavy blow to Hong Kong and overwhelmed the city’s ability to deal with it,” Lam said, adding that patients had to wait longer to reach isolation facilities.

“The situation is highly undesirable and the government is concerned and sorry about it,” Lam said.

On the other hand, China is working to secure resources related to the Corona virus, such as testing and treatment, as well as quarantine facilities and protective equipment.

The city is set to report at least 1,530 cases of COVID-19 on Monday, TVB reported, citing an unidentified source. It will be a new record for daily issues. 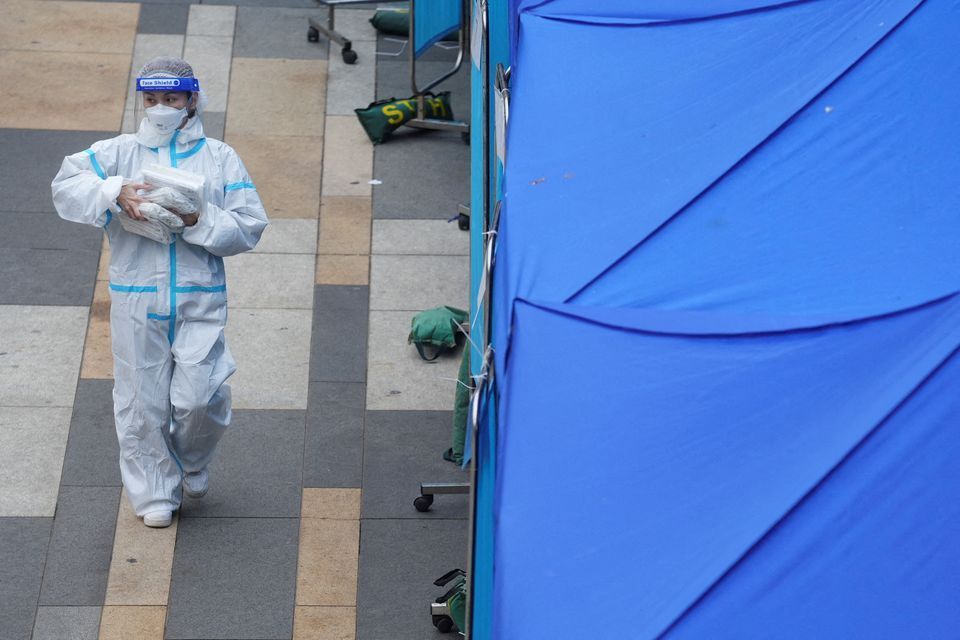 With the health care system already running out of all its capacity, doctors have warned the city could see a surge in infections that could reach 28,000 daily infections by the end of March, with particularly high concern for unvaccinated elderly people. COVID-19 patients are already 90% occupied, while isolation facilities are nearing full capacity.

Despite all the warning about the latest wave of the epidemic, the total number of cases in Hong Kong since the epidemic first broke out has been around 24,000, including more than 200 deaths, lower than many other similar major cities.

Severe restrictions on flights have turned Hong Kong into one of the world’s most isolated major cities with its borders effectively closed for nearly two years.

In numbers, Messi and Ronaldo outperform Saint-Germain and Manchester

A child was killed by Houthi militia shelling in central Yemen

The Masam Demining Project reveals that 5,600 mines have been seized since the beginning of February in Yemen

Haluk Bayraktar announced with these words! Export record from the defense industry
8 mins ago

Ali Naci Küçük: Domenec Torrent can only be Fatih Terim’s analyst
16 mins ago

Egypt..a warning of “thunder cells” spread over most governorates
February 19, 2022

Egypt..a warning of “thunder cells” spread over most governorates

The last images of boxer Musa Askan Yamak, who died in the ring
21 hours ago

The last images of boxer Musa Askan Yamak, who died in the ring

Moms-to-be stay away! These pain relievers increase the risk of stillbirth by 50 percent!
2 days ago

Moms-to-be stay away! These pain relievers increase the risk of stillbirth by 50 percent!

OGM strengthens its air fleet: It can operate in the toughest terrain conditions
2 days ago

OGM strengthens its air fleet: It can operate in the toughest terrain conditions

Highest price increase in 60 years in Germany
18 hours ago

Highlights from the France v Germany match
7 days ago

Will she marry Harun Tekin?
21 hours ago

Will she marry Harun Tekin?