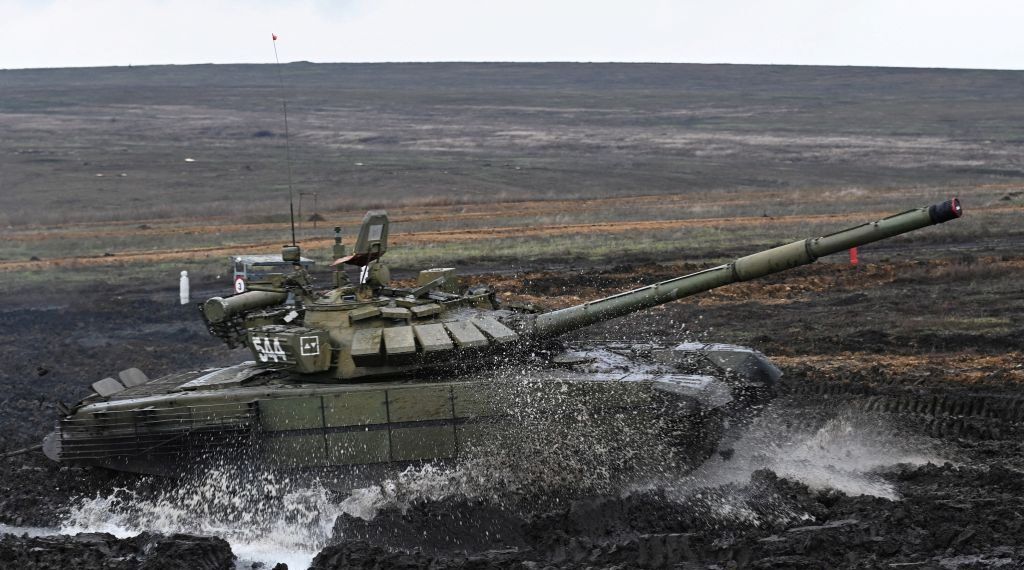 Diplomatic efforts to avert a catastrophic scenario in Ukraine are stalled

Diplomatic efforts to defuse the Ukraine crisis failed to ease tensions Saturday, with the White House stressing that Russia would face “a huge and immediate cost” if it invaded Ukraine.

According to the White House, US President Joe Biden told his Russian counterpart Vladimir Putin during a 62-minute phone conversation that his country is ready for other scenarios if diplomacy fails.

For its part, the Kremlin condemned the statements of Western countries about an imminent Russian invasion of Ukraine, considering them as “provocative speculations” that could lead to a conflict in the former Soviet country, according to a statement on the phone call between Russian President Vladimir Putin and French President Emmanuel Macron.

The Elysee said Macron had warned his Russian counterpart that “honest dialogue is incompatible with a military escalation” on the Ukrainian border.

The Élysée clarified that Macron and Putin “expressed their desire to continue the dialogue”, but, like Washington, did not record progress.

While the drums of war are beating, Russia To withdraw a number of its diplomatic staff from Ukraine, justifying its decision by fear of “possible provocations by the Kiev regime.”
And after US Secretary of State Anthony Blinken warned that Russia could invade Ukraine at any time. Washington urged its citizens to leave Ukraine. Several countries rushed to start withdrawing their diplomats and asking their nationals to leave as well, including Britain, Germany and Arab countries such as Kuwait and Jordan.

On Saturday, the leadership of the coalition forces to support legitimacy in Yemen announced the implementation of 25 operations targeting the mechanisms of the terrorist Houthi militia and its elements in the Yemeni governorates of Ma’rib and Hajjah.

And the Saudi Press Agency (SPA) quoted via Twitter, the coalition as saying that “the military operations destroyed during the past twenty-four hours 17 military vehicles and inflicted human losses on the Houthi militia.”

Later, the agency quoted the coalition as saying that precise air strikes were carried out against legitimate military targets in Sana’a.

On Sunday, the Tunisian presidency said on its Facebook account that President Kais Saied had issued a decision to create a temporary Supreme Judicial Council to replace the current Judicial Council.

Last week, President Saeed announced his intention to dissolve the Supreme Judicial Council, the latest in a series of moves he started on July 25.

Two days ago, Tunisian Minister of Justice, Leila Jaffal, said that the Tunisian president would not dissolve the Supreme Judicial Council, but would change the law regulating it.

Saeed took the step after his stinging criticism of the judges for months, when he repeatedly stated that he would not allow there to be a state for the judiciary, but rather a state judiciary.

Daut’s departure..a scientist from "Uyghurs" Missing in the camps of China

US threatens Russia with more sanctions over Ukraine invasion

Check Also
Close
While Buckets Are The Unlucky Ones Of The Day, The Fish’s Biggest Enemy Is Again Themselves. What Awaits Other Zodiac Signs?
9 mins ago

Make Carrot, Walnut and Cinnamon Cake Easily with Ingredients You Have at Home! Here is the Rice Carrot Cake Recipe!
42 mins ago

You’ve Never Eaten Like This Before! Here is the Practical Mücver Recipe with All the Tips!
53 mins ago

Amber Heard’s ‘stool’ coming out: Is it funny?

Last minute: Injury in Fenerbahçe! The status of Nazım Sangare has been announced
1 day ago

Last minute: Injury in Fenerbahçe! The status of Nazım Sangare has been announced

Rocket attack around US base in Syria
1 day ago

Rocket attack around US base in Syria

With 15 bullets… the assassination of a judge specializing in drug cases in Iraq
February 5, 2022

Europe and the refugee problem – Alaattin Karaca
2 days ago

Last Minute: Luka Doncic made magic in Dallas Mavericks – Phoenix Suns game! Historical statistics and a rare protest between the circuit…
2 days ago

When is VakıfBank-Fenerbahçe Opet match? The champion will be revealed!
7 days ago

When is VakıfBank-Fenerbahçe Opet match? The champion will be revealed!